Finding a Sense of Belonging Through Writing Communities

Artist communities have been around since artists have been creating. It is what keeps many artists going through the rough patches in their craft or career. Take the Harlem Writers Guild for example — the longest running forum for Black writers aimed at helping them develop their craft to the point of being able to publish it. Then there’s the rowdy members of the Algonquin Round Table who turned out such writers like Dorothy Parker, Harold Ross, and George S. Kaufman. A little closer to home, we have the North Seattle Science Fiction and Fantasy Writers Group that offers its members certificates of completion for putting in the work.

All of these groups formed with the idea and purpose in mind of creating a community for writers that fostered their creativity and offered them a place to hang their pen. Here in Olympia, we have our own writing groups that have been writing and meeting fiercely online throughout the pandemic. Author L.M. Pierce of the weekly Olympia Writers Group says, “As a result of the pandemic, I found myself becoming much more involved.” Community is always important, but during times of turmoil, unrest, and uncertainty, community becomes an absolute saving grace.

A place for people to go where they don’t feel alone. Pierce goes on to say about the experience of being in a writing group, “Writing can be a lonely endeavor and many of us experience moments where we stare at our screens … convinced we should probably chuck ourselves into the bin. Not many people understand or can relate to the sometimes chaotic or deep places we go as writers.”

Sometimes as creators we forget that there are other people outside of the worlds we are creating in our heads. Having a community to tap into that reminds us of the ground we walk on, can do wonders, not only for craft, but for mental health. “The biggest factor in joining a writing community for me was/is to learn how to be a better reader and writer of poetry by being/sharing with others with similar goals,” says Carol Sunde of the Olympia Poetry Network (OPN).

Cynthia Pratt, also of OPN, has noticed an increase in attendance since the start of the pandemic and going virtual: “Our membership has increased because [people] can read at our virtual open mic and attend our virtual workshops.” Some people don’t like a virtual setting for writing communities, but currently this is the safest way to meet up and continue offering the much-needed communal support that keeps writers going.

Sunde expresses the feeling, “OPN has helped during the pandemic by providing the same monthly meetings via zoom, as well as the monthly workshops. It is a way to feel ‘connected’ with some fine poets and people.”

Having these meetings take place over Zoom or another online meeting account allows for more participation and outreach. Long time members like Patrick Dixon of the OPN and L.M Pierce have both stepped up into taking on more roles to help setup the online accounts and virtual spaces that host these monthly meetups.

Both OPN and The Olympia Writers Group have been around for several decades and have seen members come and go, but the feeling and support found in their respective writing groups has always remained and has only seen an increase during the pandemic. New faces and stories are able to be shared when we offer space and inclusion to a wider audience within our communities.

Seeing a gap or shortage in offerings right before the pandemic started, the Olympia Speculative Fiction Writers Group began to reach out to members in the community who are writers of fantasy, horror, science fiction, and other genres that fall under the speculative fiction umbrella to offer a space for them not only to critique but to learn through workshopping and learning different elements of craft. Meeting over the virtual team app Slack once a week, the group has been going strong virtually since February. The founding idea behind the group was to create a space for writers to hone their craft through deliberate practice and honest feedback, so that more writers can reach their publication dreams.

For people in the area who are looking for a group, now would be a perfect time as we head into the dark cold winter. “Take a risk and put yourself out there. Find a group…and go for it. Be willing to put in some work,” Ryan O of the Olympia Speculative Fiction Writers Group says. A first-time writer and newcomer to writing groups, O has learned a lot in a short amount of time and wants beginning writers to know: “You really need to put a lot of effort into a writing group, as well as your own writing, to keep it going, but what you get out of it is really valuable.

A writing community isn’t just about finding readers to buy your books or getting praise for your work. Writing within a community of writers allows both you and the other writers a chance to try and grow at their craft.

The Olympia Speculative Fiction Writers Group and The Olympia Writers Group are free to attend, people just need to be a part of either their Facebook groups or their Subreddit to RSVP and get the access link. However, OPN does have members pay dues once a year. Whether there is a fee or not, all the groups are welcoming to new or beginning writers. “We are a diverse group of writers—so don’t be afraid to join us. We attempt to create a safe space to share ideas, to give honest feedback that is designed to help the author, and not hinder,” says author T.C. Grassman of The Olympia Writers Group.

“There is no right way to be a writer or creative person. Some of us have a daily practice, others dabble in many different formats. All of these methods are valid and equally uplifting to the psyche,” Pierce, an avid attendee of the Olympia Writers Group says.

Community is, arguably, the thing that defines how we see ourselves and our lives. “To what communities do I belong?” “Are they big or small?” “Do they help me and the people around me become better in anyway?” These are things we should ask ourselves as we move deeper into the winter and the new state of lock down. 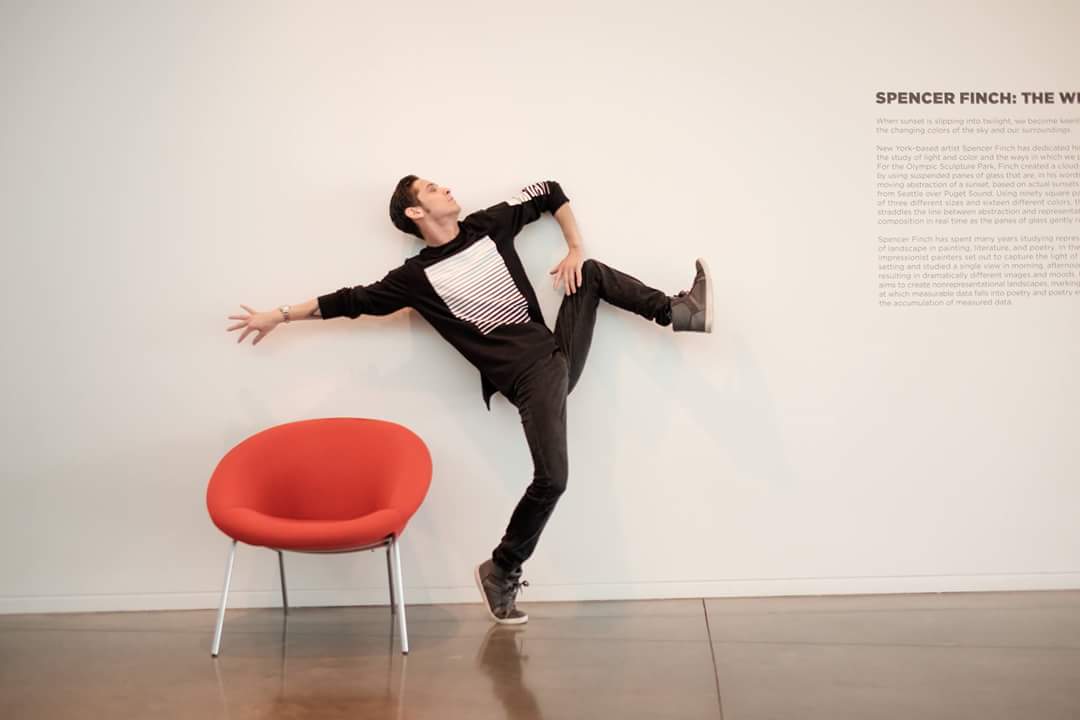 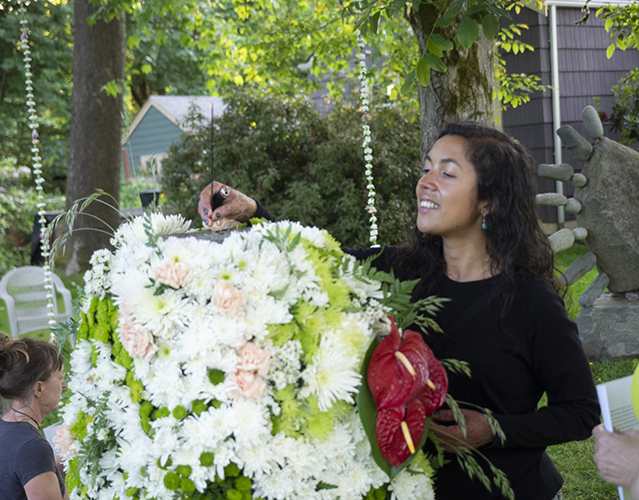 Ordinary Objects Transformed Into A Place to Mourn 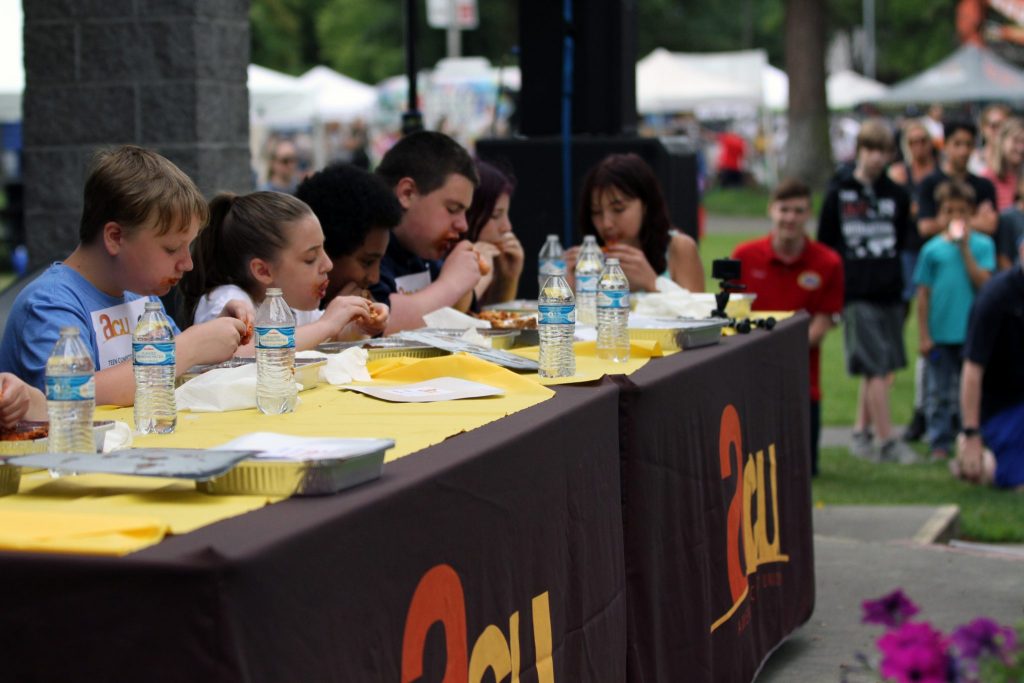