Jonah Barrett wouldn’t be insulted if anyone said their first book was monstrous. That’s because Barrett’s short-story collection “Moss Covered Claws,” dropping March 18, is all about monsters. Barrett of Olympia, a filmmaker, fantasy writer and OLY ARTS contributor, is launching the book with an online reading and talk at 7 p.m. March 19.

Barrett is a lifelong fan of all things scary, especially the big ones. “I’ve loved monsters my whole life — monsters and dinosaurs,” they said. “I’ve always been drawn to them, ever since I was 3 or so, even though I was terrified of them under the bed and stuff like that.”

Though they outgrew that fear, Barrett never outgrew the fascination. “Some people think that queer people are really attracted to monsters because they are the quote unquote other,” they said. “I like that. That’s definitely a piece of it for me.”

Another piece is more prosaic: the Pacific Northwest weather. “It’s so gloomy here,” they said. “I feel like that kind of affects me and the way I write stories. I’m always writing about the gloomy days. It always feels like a Tim Burton film.”

The book’s 10 stories include monsters both classic (Euryale, the sister of Medusa) and of the author’s own invention, taking off in one case from the writing of Immanuel Kant and in another from a long-necked and long-extinct reptile called Tanystropheus.

The reptilian creature, the title character in “Boggy,” is an imaginary monster Barrett dreamed up in childhood. “I grew up in the woods in Tenino, and just over the hill there was a bog,” they said. “I made up a monster based on a prehistoric lizard. I just thought it was the coolest thing.”

It was just last summer that scientists concluded that the Triassic-era Tanystropheus, which looks something like a crocodile crossed with a giraffe and has been described as “a real-life Loch Ness monster,” definitely lived in water. Barrett, it seems, already knew that.

Also among the fictional frights in “Claws” are a beetle fairy godmother, gremlin-like creatures who hop from tree to tree and a recent former president who serves, in an alternate timeline of Barrett’s alternate reality, for three terms. (If that doesn’t sound like something one wants to contemplate, it might be a comfort to know that the character winds up dealing with the Kant-inspired Ouliponites, giant interdimensional beings that just happen to be blue.)

The Tenino bog is not the only South Sound setting in “Moss Covered Claws.” One story is set in the dorms of The Evergreen State College, and another takes place on the playground of St. Michael Parish School. Barrett attended both schools. “I dated somebody who lived in the Evergreen dorm rooms, and sometimes I would stare out at the trees and pretend that something was staring back at me,” they said. That something will be familiar to those who’ve seen Barrett’s films, which are set in the same multiverse as the stories.

“For the most part, the stories take place in one primary universe,” they explained. “It’s just basically ours, but there are monsters in the corners. Most of the stories have to do with just ordinary people from the Pacific Northwest encountering these things that make no sense to them. It’s kind of an allegory for growing up and finding out real life is not what you thought it was.” The stories include both sci-fi and high fantasy, too, but there are threads that connect even those that cross over into an alternate timeline.

“The monsters are real to the characters, and therefore improbably but perfectly real to us, the readers,” Laura Stanfill of Portland’s Forest Avenue Press wrote in the book’s foreword. “They are our anxieties, our fears, our mistakes and misjudgments, and they all are reminders of how terribly lonely this gray weather can make us feel.”

“Moss Covered Claws” will be available at local bookstores including Orca Books, where Barrett works; Browsers Bookshop; and King’s Books in Tacoma. It can also be ordered directly from Tacoma publisher Blue Cactus Press.

And Boggy, the monster Barrett dreamed up as a youngster, will make an appearance in Olympia next summer. “Our second event for this book is going to be a live performance adaptation of ‘Boggy’ with the puppet troupe String and Shadow sometime in August,” they said. “Details are still being hammered out, but there will be a life-sized monster.” 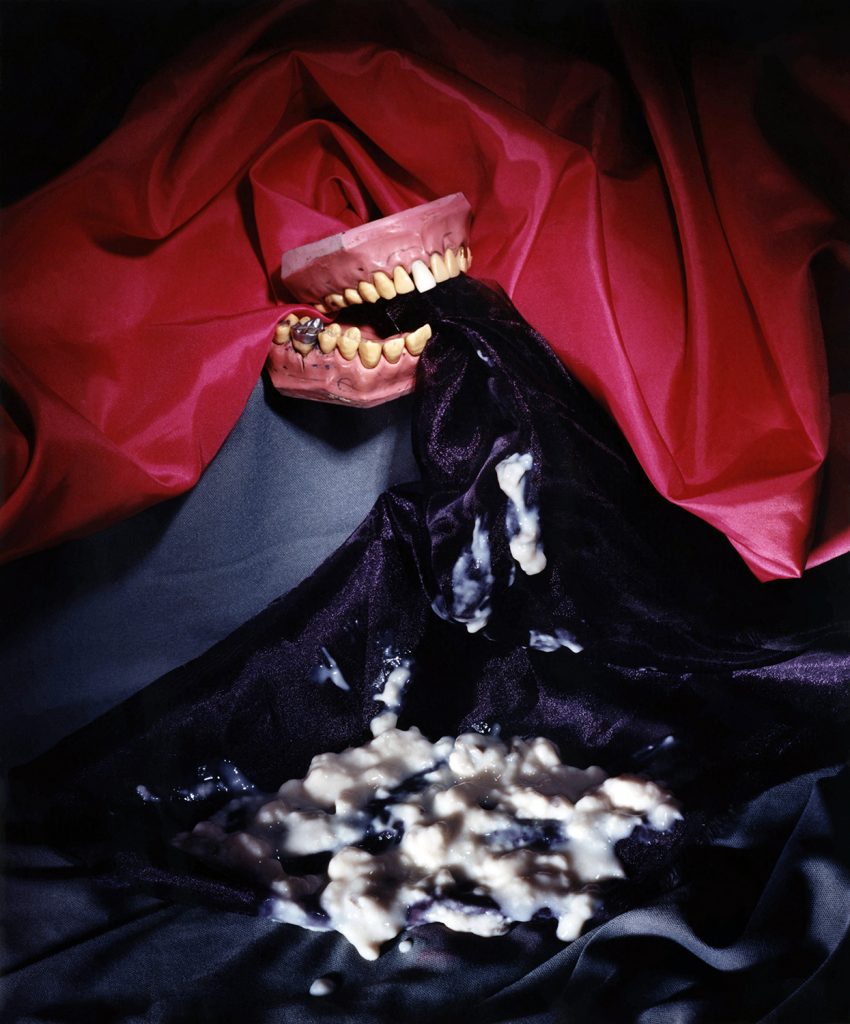 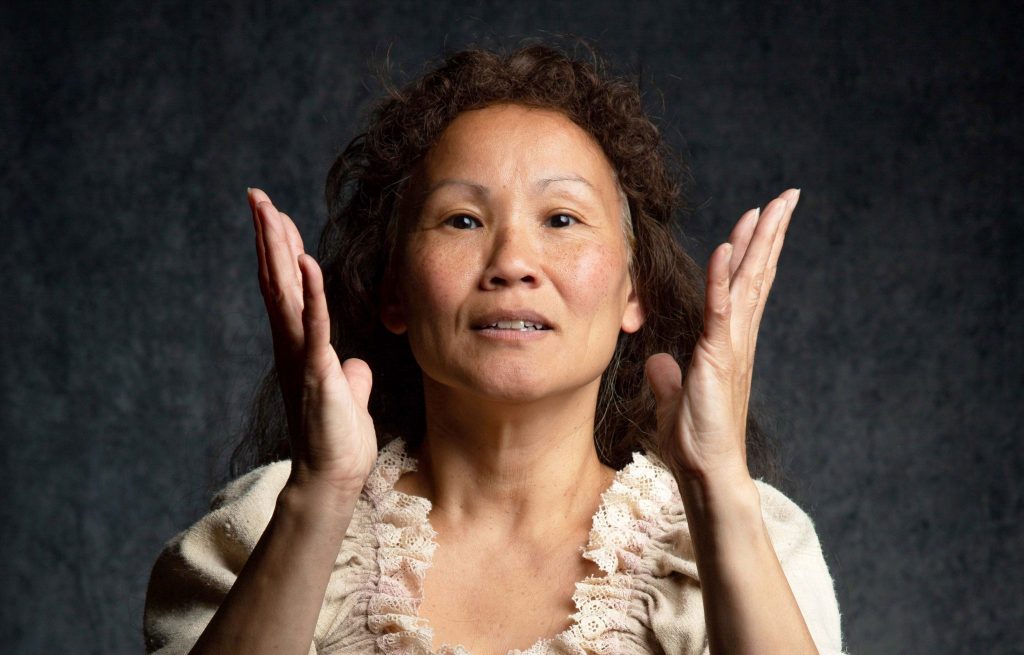 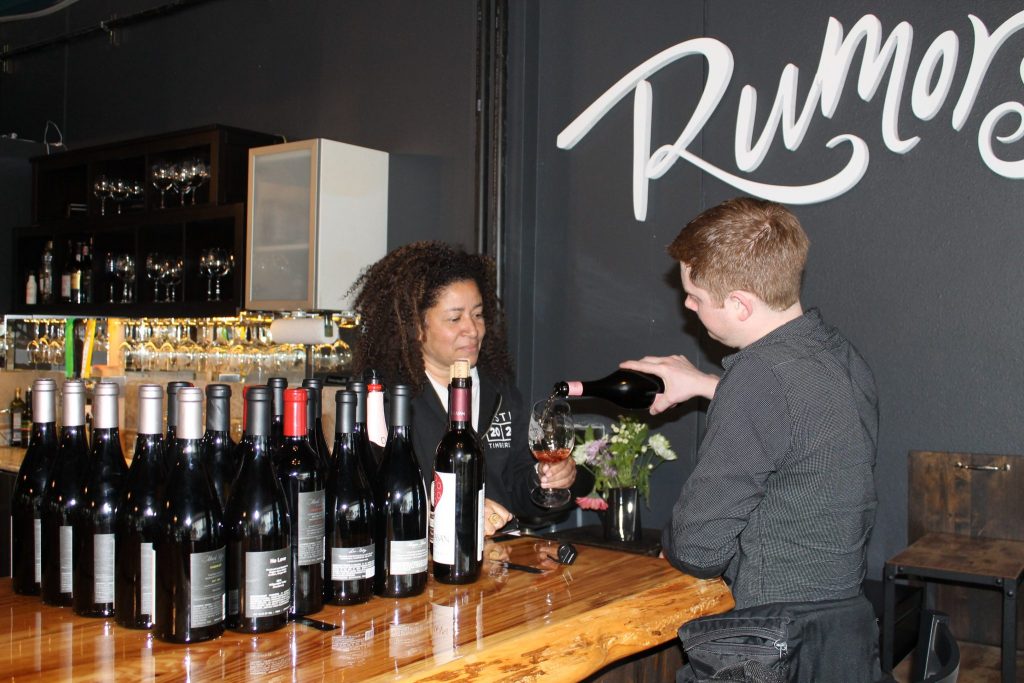