REVIEW: Cyrra Robinson’s Of the Abyss

"Coriolis," sculpture by Cyrra Robinson, photo by the artist

New to Olympia’s art scene is metal sculptor Cyrra Robinson, a recent graduate of The Evergreen State College, who’s showing a group of sculptures derived from life under the sea. Her sculptures are monumental in concept if not in actual size. They look like they should be seven or eight feet tall (or long, depending on the orientation), but they’re much more modest in scale. The largest, “Coriolis,” is 46 inches by 61 inches by 23 inches, and many are at most one or two feet in length in the largest direction. There’s a delicacy and preciousness to the smaller pieces, like fossilized animals or the perfect seashell found on a sandy beach, but one can easily visualize these as monstrous and overwhelming on a large scale — which would be cost-prohibitive for a young artist just out of college.

Two pieces hang from the ceiling and twist and turn like ribbons in the air. Others stand on sculpture stands. The majority hang on the wall where they appear to be crawling, held from falling by the suction of tentacles. Most are abstracted forms inspired by sea life. There are nudibranchs, or sea slugs; squid; radioloria, a kind of spiky, circular protozoa; and an amoeba or two. Robinson doesn’t attempt to copy the appearance of these creatures of the ocean; rather, she creates intriguing, abstract forms that are clearly inspired by them. No one has ever seen a squid, for instance, that looks like “Medusa #1” or #2 or #3; yet at first glance these sculptures spoke to me as squid.

There’s a father or mother nudibranch approximately six inches in length, and three smaller or baby nudibranchs, all made of bronze and appearing to crawl across the wall.

“Coriolis” is not only the largest piece in the show, it’s the most astounding, and it’s the only piece not based on sea life. It’s based on the Coriolis force, a motion based on a rotating reference frame, which relates to cyclones and centrifugal force. It’s a group of flat, metal ribbons shaped like the infinity symbol that look different from every possible point of view. It can be mesmerizing.

Robinson’s sculptures are intriguing in concept and beautifully crafted.

What: Of the Abyss 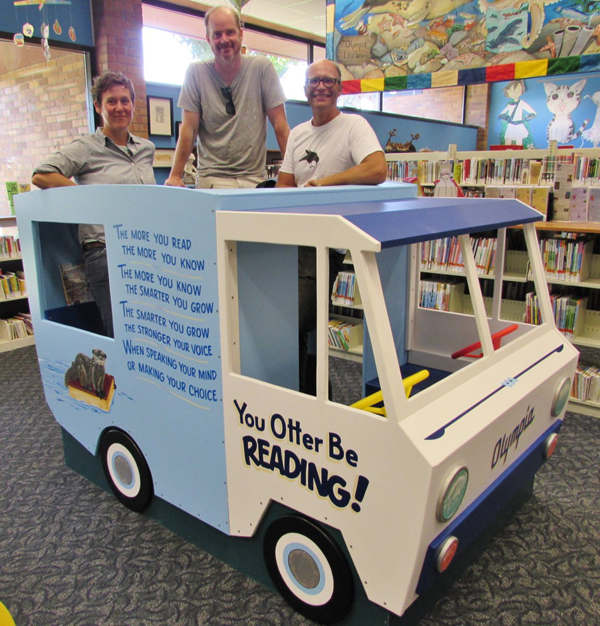 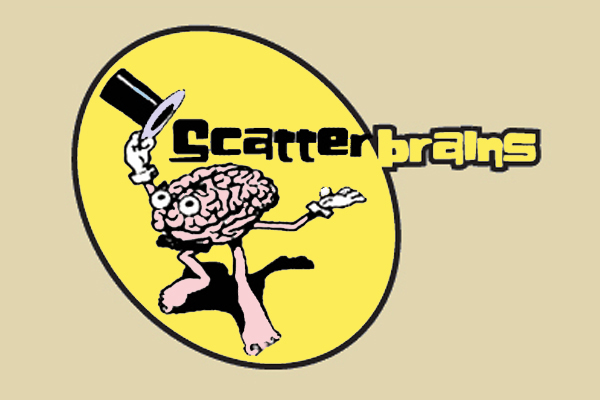 An Evening of Alternative Facts: An Improv Comedy Show 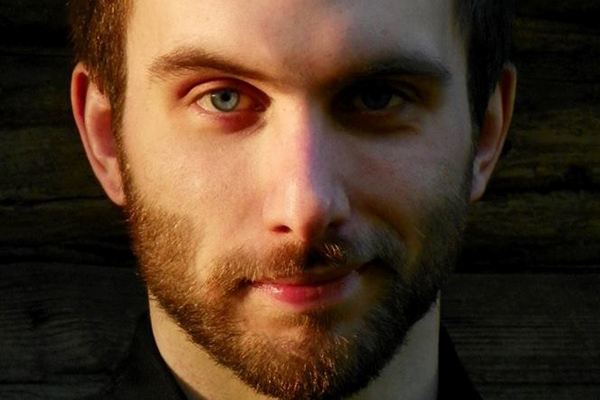