Stable Studios is tucked away in an easy-to-overlook building on the corner of Fifth Avenue and Cherry Street in downtown Olympia. The artist it’ll feature for Arts Walk this fall is anything but little-known. She’s Susan Christian, former owner of Salon Refu and a painter who’s been showing her work in western-Washington art venues for decades. The gallery, located in a boxcar of a building, is long and narrow, as are the paintings Christian chose to display end-to-end like cars on a freight train. “Paintings will be displayed on the gallery’s one long wall,” she says. “There may be some activity suspended near the ceiling. If so, it will not be friendly.” She says the exhibit could change. “You can’t trust artists not to mess with their own work, right?”

Some of the paintings are older — like a painting called “Wait,” which depicts what could be the bottom of a curtain or the hem of a dress, a crouching figure and a long road. It presents a mysterious narrative: Who’s behind the curtain and what does she await?

The images are painted on door panels. “I’ve worked on door panels for many years,” says Christian. “Lately their horizontal orientation has suggested a storyline about going from somewhere-or-other toward who-knows-where. Human figures, if any, are unclothed, alone and often incomplete, with only one resource: room to move. Or in some cases, there’s no one in the landscape but your eye can do the traveling. … Sometimes someone is being left behind while someone else travels. Sometimes someone travels toward the unknown, and that’s all we know. I think about courage, fear and desperation. I don’t depict the end of these journeys because I’m not done with the travel part yet. I’m working inside this old song: ‘You gotta walk that lonesome valley. You gotta walk it by yourself.’” She sometimes cuts the door panels into shorter lengths, but says she’s more interested in the compositional challenge of making a strung-out situation hang together. “As in life, so in art,” she says.

She acknowledges an aversion to expressive brushwork. “Some illusion of motion is fine,” she allows. “Hot licks as subject matter, old news. This work is pictorial and I don’t want the figures to drown in Pollock-ness.” 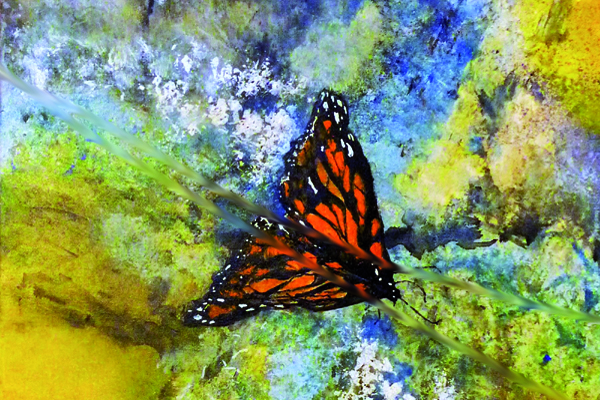 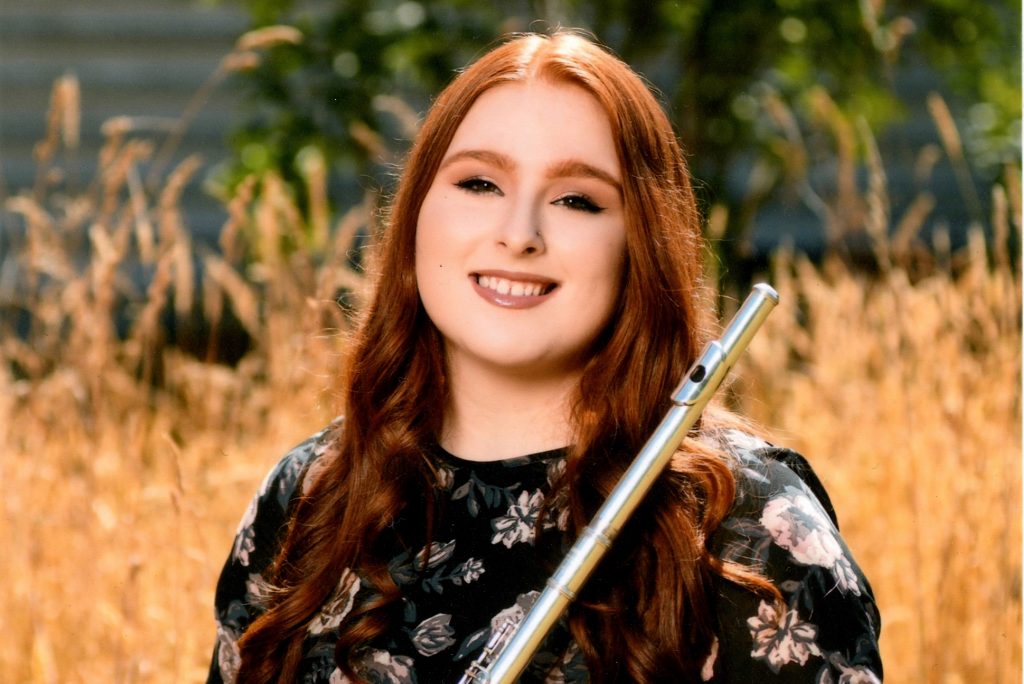 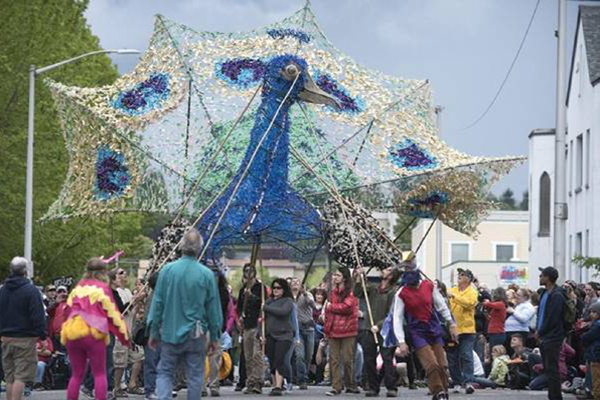