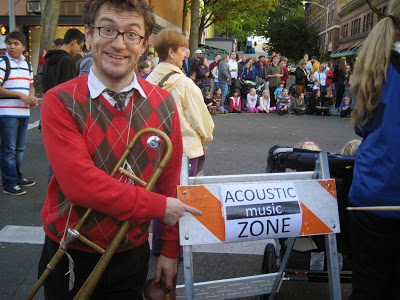 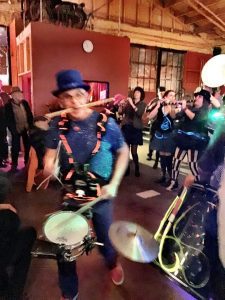 Artesian Rumble Arkestra is teaming up with Radical Acts of Dance Company (RADCo) to create a movable meadow for the Procession.

Mary Nelson, one of four women who started RADCo in 1999, described the performance as a “flora entourage extravaganza. We’re incorporating some mind-blowing mandalas originally created for the Illuminated Ball. The artwork is just incredible, and we wanted to share it with a larger audience.”

“It’s a ‘Mystical Meadow,’” said Mike Carlson, trombonist with the Arkestra. “I think I might be a lady bug, but it’s still a work in progress.”

Carlson described ARA as “an eclectic, somewhat activist-street-band-musical social group.  We’ve had a core of musicians over the years, but the Arkestra continues to change. We’re essentially a leaderless group. Anyone is welcome to come play at the dock (they meet every Friday at ‘the Kiss’), but you need an invitation to join the group and play the other gigs.” Those other events have included The Evergreen State College graduation, Arbor Day and Seattle Honk Fest West.

Both local groups are mainstay contributors to the Procession. According to Nelson, RADCo members are featured throughout the parade. “But be sure to look for the spider mandala. It’s absolutely gorgeous.”

WHERE     Procession of the Species,

From Jefferson St. and Legion Way to Water St. and Capitol Way, Olympia 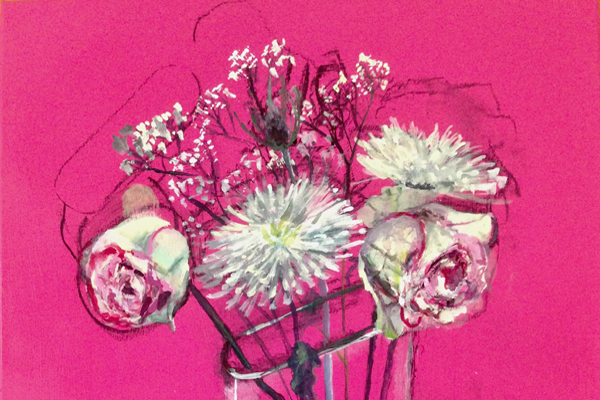 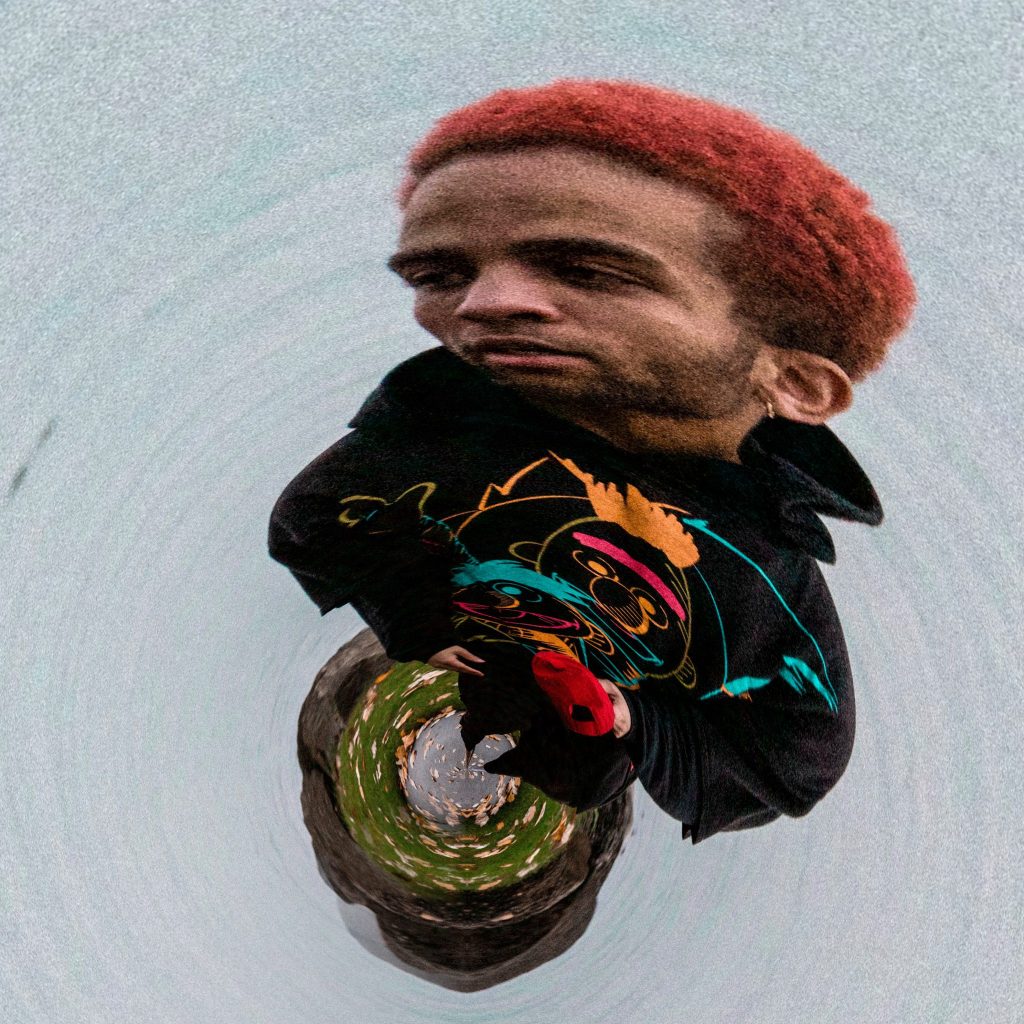