Dry Powder is billed as a comedy, and yes there is a lot of humor in this tale of high-finance shenanigans. But there’s a lot of searing drama as well, as Jenny (the versatile Helen Harvester), Jeff (the comedic Ryan Holmberg), Seth (film actor Brian S. Lewis) and Rick (South Sound theater icon Brian Tyrrell) bicker and bluster over schemes to save their company and over questions of morality and ethics, i.e. how far they can go to make money while manufacturers are going out of business and thousands of workers are being thrown out of their jobs.

Jenny and Seth are partners in a private equity firm. Rick is the company president. In the opening scene, Jenny reads her planned speech to New York University business majors and Rick insists she must scrap the entire speech because in it she essentially tells the students they must be ruthless and heartless. It is not clear if Rick is more kindhearted than her or if he’s just trying to avoid bad publicity. He’s still reeling from bad publicity after throwing a lavish engagement party complete with an elephant just as he announced a company he owned was laying off thousands of workers. When told about people protesting this, Jenny says, “Of course they’re protesting. That’s what unemployed people do.” That pshaw attitude is Jenny in a nutshell.

Seth has a kinder heart, or so it seems, and he wants to find ways to making money without hurting anyone. He and Jenny are at each other’s throats constantly, even arguing about almost everything including who scored higher on their business school entrance exam. The two of them are like bickering teenagers, but the stakes are huge. And Rick, who at times seems to be the voice of reason, vacillates between ethical and unethical at the drop of a hat (or a few million bucks).

Seth’s current project for the company, to buy out a luggage company run by his friend, Jeff. He’s able to talk Rick into it, but the conditions Rick wants to make are horrifying. The big question that hangs over them all is can you make a fortune while remaining honorable and ethical, or do honor and ethics even matter in the world of high finance.

This four-person cast is wonderful. Writer Sarah Burgess gives them brilliant lines, and they deliver them with style and pin-point timing. The only flaw in the show is the actors too often address the audience instead of each other, as if delivering a lecture or like Shakespearean actors delivering a histrionic monologue.

The simple set designed by Linda Whitney is gorgeous, enhanced by beautiful colors and lighting by Mark Thomason.

Aware that many in the audience might not be familiar with the many financial terms thrown about (such as the term that gives the play its title) the company includes a glossary of terms explaining such things as leveraged buyouts and limited partners. Dry powder, by-the-way, is “remaining capital in the fund available to use.”

Dry Powder runs an hour and a half with no intermission. It is not for children due to language. 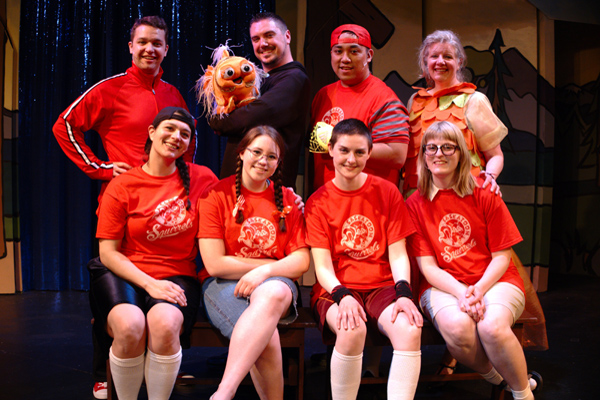 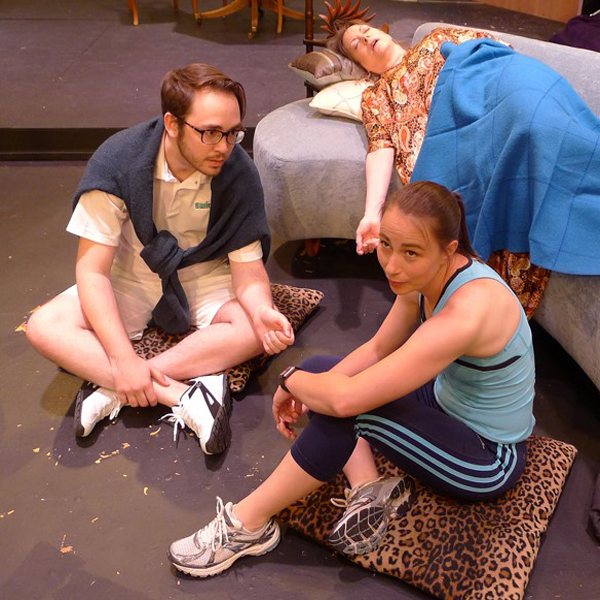 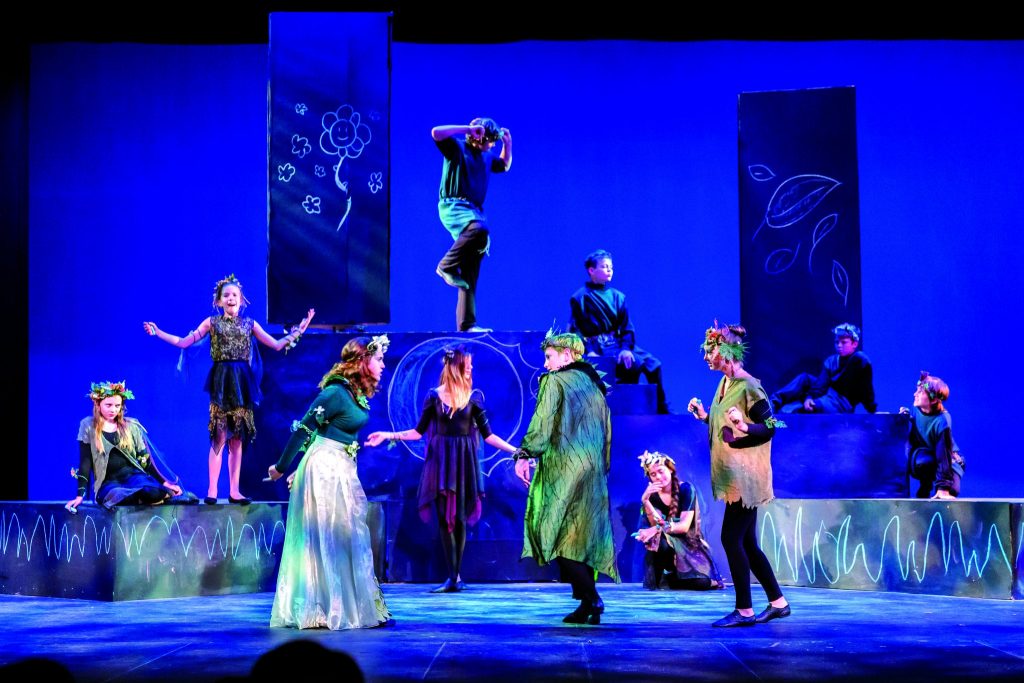 The Lion King on Stage in Olympia