At Olympia Family Theater, No One’s Too Small to Make a Difference 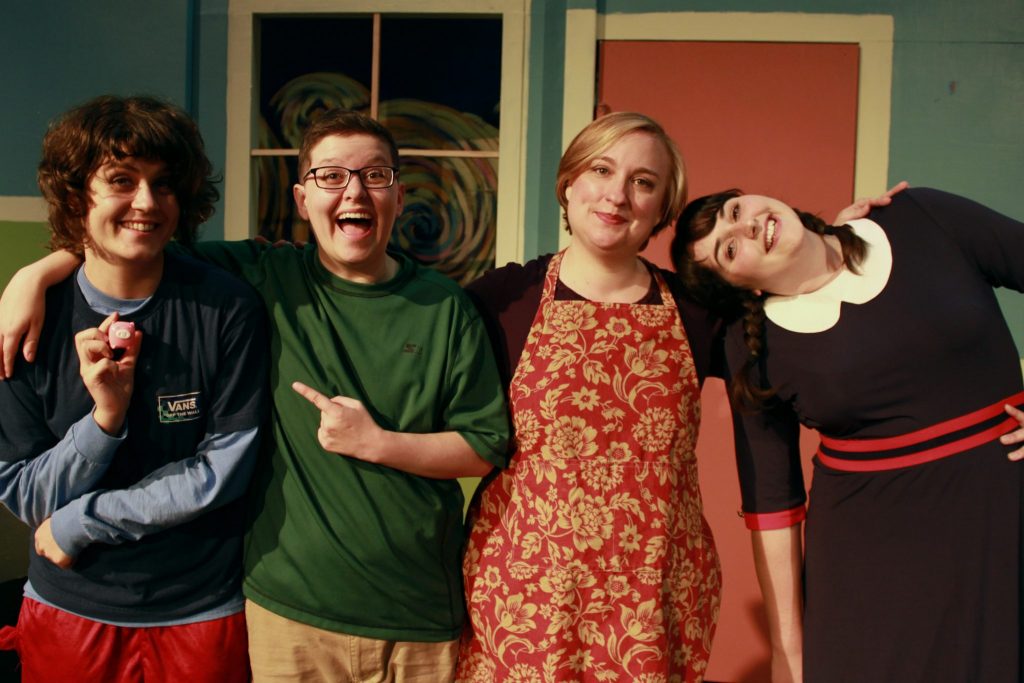 “Picking the new season is one of the hardest parts of my job,” said Jen Ryle of Olympia Family Theater (OFT), “and I really agonize over it. I want it to fit the time and place we are.”

OFT’s 2019-2020 mainstage season has been announced. Ryle mentioned there were a handful of plays in OFT’s past she considered before she realized it wasn’t the right time. Instead she took a weekend off, retreating to a cozy cottage on the shores of Westport, where she read plays, listened to talks and gazed out at the sea.

As a result, three of this season’s five plays are set in aquatic environments. That, however, is not the only thread they share.

“I wanted a young protagonist in each play,” said Ryle. The through line of the season is, “No one is too small to make a difference.” Some of those talks Ryle listened to were by young climate activist Greta Thunberg. “Watching Greta and her journey over the last year,” said Ryle, “has been extremely inspiring to me. We have to have stories that feature grownups listening to young people.” These five plays were chosen to convey the messages that children are important and what they say matters.

Pug Bujeaud helms the fantastical The Delicious Revenge of Princess Rubyslippers, which is infused with bits of British humor. A young girl fights with her brother and hides from him in her dress-up box. She doesn’t expect to fall through to another world. “It’s a small-cast, high-energy and funny production,” Ryle said. That show runs September 27 to October 20.

Based on the original, river-set classic by Kenneth Grahame, OFT’s adaptation of The Wind in the Willows was penned by local playwright Andrew Gordon and first performed there eight years ago. Gordon returns to co-direct with Amy Shephard, and he’s added a new scene to the mix. “When I can do a play that’s locally written, that’s a plus,” said Ryle. It runs November 29 to December 22.

“I was struck by how many young kids actually don’t know about the Holocaust,” Courtney Sale, artistic director of Seattle Children’s Theatre, said to Ryle in conversation. That got Ryle thinking.

Based on Lois Lowry’s novel and directed by Samantha Chandler, Number the Stars (January 31 to February 16) deals with the escape of a Jewish family on a boat from Denmark during World War II. “The Holocaust is just a generation far enough away that if it isn’t talked about, they won’t learn about it,” said Ryle. “The play follows that moment in time where there is fear and hate right on the street where you live. What do you do about that? It’s something we need to talk about.”

Suzette Who Set to Sea plays from March 20 to April 5. In a seaside village, only the men can build and sail boats, while the women are left on the shore to light candles that guide the men back at night. Young protagonist Suzette builds a boat in secret, and it comes in handy one day when the men do not return. The result is a high-seas adventure in which the women set off to find missing loved ones. “The play has such a strong feminist narrative,” said Ryle. “It just really screamed ‘Elizabeth Lord’ to me.’ “ Ryle contacted Lord to see if she would direct, and the response was an overwhelming yes.

An original play written by Ryle’s husband Ted Ryle, Kate Ayers will direct The Alphabet Caper to run from some time in May to June 7. It features musical direction by James Snyder in a whodunit musical about a young, imaginative girl whose friends are the letter of the alphabet. One letter goes missing, and that’s when the caper begins.

The Delicious Revenge of Princess Rubyslippers 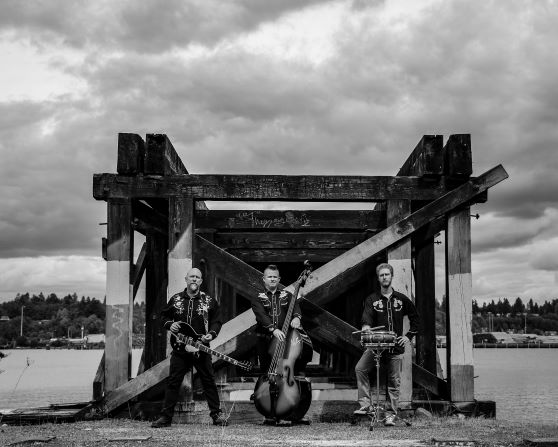 Music in the Park: The Roostertails 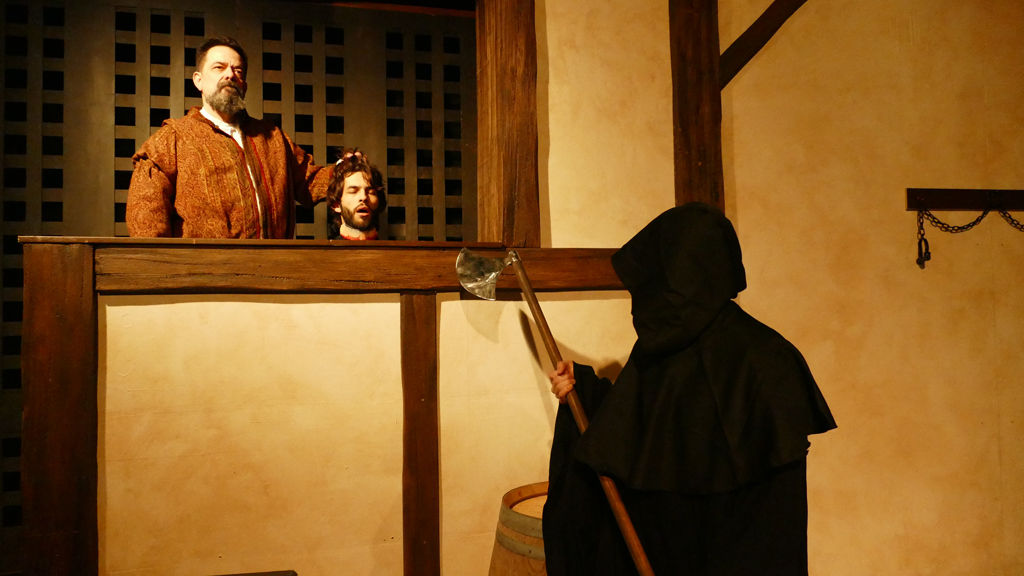 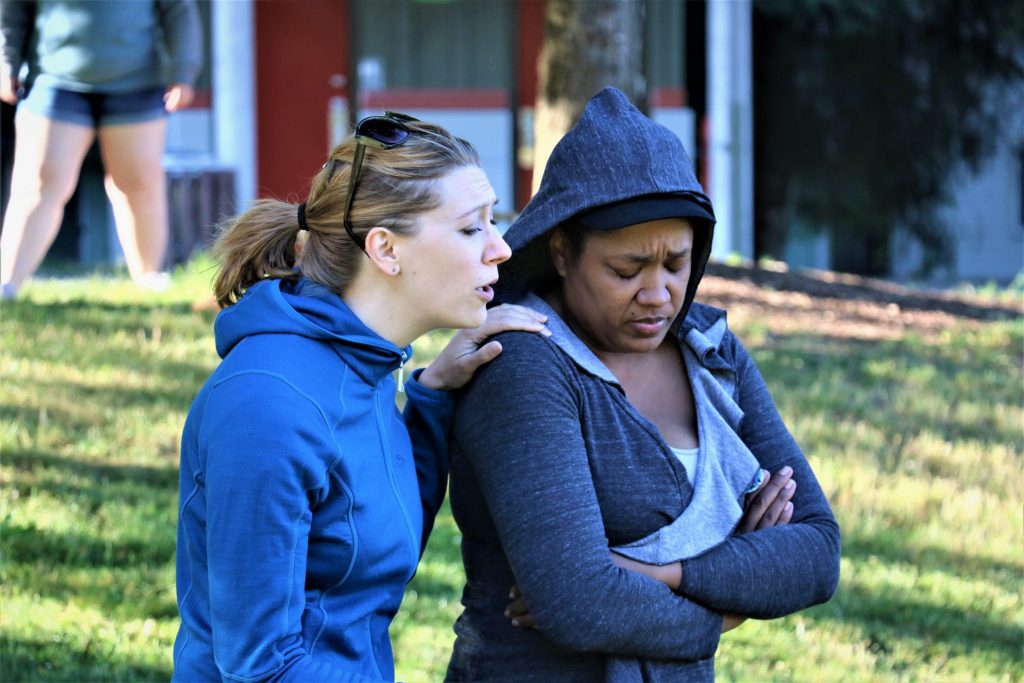