Becky Knold was a late blooming artist. She didn’t start painting seriously until she retired from teaching in 2006. Her only formal training had been a few classes at The Evergreen State College. She learned by doing and by looking at the art of others as much as possible. Once she started, she established herself as a major figure in the South Sound art scene with amazing rapidity.

“There’s a simply stated, serene, and often mysterious quality in Becky Knold’s work that I find rare among artists,” says fellow artist Gail Ramsey Wharton. “Most of all, I’m impressed by her fearlessness in experimenting with unusual materials in often surprising shapes and dimensions. She is truly an artist’s artist.”

Knold’s early paintings were abstractions that tended toward the atmospheric and mysterious, usually simple in design with a few organic shapes or squares or rectangles placed side-by-side or stacked. With minimal layering, transparencies, and a tenuous use of color, her early paintings displayed an intuitive sense of spatial relationships — shades of Motherwell, Frankenthaler, Rothko. Gradually, she began to become bolder with color and to experiment with a variety of media.

Two years ago, Knold did a series of small paintings she called her meditation series, most of which consisted of two contrasting forms, typically an amorphous circular or elliptical shape perched above a more rectangular or architectonic shape. A year later she did a bunch of rough, gritty paintings on rolls of roofing paper, growing bolder and working larger; and in that same year she painted a series of large abstract-expressionist works for The Evergreen State College. Most recently she has embarked on what might be her most radical work to date: paintings on cardboard that are beginning to emerge from the flat surface to become a hybrid of painting and sculpture.

Knold explains the fun in her most recent work, the cardboard art project, saying, “I really, really like ripping up cardboard, re-assembling, and painting it.” She continues, “For me this newest work is a natural, even predictable evolution of ideas and processes evident in some of my earlier endeavors, including the meditation paintings and the roofing paper series.”

The evolution began a little over two years ago when Knold started feeling overwhelmed and dismayed by what she calls the national political quagmire. She felt the need to find a path toward healing through her artwork. So she decided use simple materials that are cheap and easy to use — little scraps of paper, paint, and paste — to create something from virtually nothing. She started making little painted collages. That was the work she called the meditation series, which she showed in an exhibition at the Department of Ecology.

Soon thereafter, The Washington State Arts Commission in coordination with The Evergreen State College purchased nine of Knold’s larger, framed paintings. She says that felt like a dream come true, but it also meant satisfying state requirements, completing paperwork, learning new rules, following directions, researching materials and sources, documenting work — all things that are antithetical to an artistic sensibility. She now says, “When the deal was finally completed and the paintings were installed for permanent display at the college, I was supremely happy but ready to be cut loose from such procedural constraints, at least for a while. My gut-level desire after the Evergreen project was to react by breaking some rules.”

She didn’t want to worry any longer about archival materials and the hassle and expense of framing. She wanted to paint for the joy of painting, without restrictions, fearlessly, using materials that emphasized process over product. That lead to the roofing paper or tar paper series, painting on thick, felted paper that is deep, rich black, velvety, and heavy enough to hang like a scroll on the wall without the bother of a frame. Because roofing paper was so inexpensive, Knold says, “I could be exorbitant in my experimentations and uninhibited in my freedom to play. Large, hanging scrolls of paper, nailed to the studio wall were just waiting to have paint slathered, dripped, sprayed, and brushed onto them. My interest in non-traditional materials and methods was stoked.”

That was a year ago. The roofing paper paintings opened the door to even cheaper and less archival materials. For her most recent work, Knold has been painting on recycled cardboard, torn and cut into pieces and patched together with plaster and house paint, with assorted bits of found and discarded materials incorporated. “The new attitude and approach encourage work that is less precious, looser, rougher, less polished, with irregular shapes and edges that defy the convention of framing … and perhaps are begging for a third dimension.”

Paintings in the cardboard series typically feature a horizontal shape on top of a vertical rectangle. They look a lot like heraldic armor worn by Roman Centurions or Knights of the Round Table.

Breaking free of the traditional rectangular format spurred Knold to her latest work: three-dimensional constructions in painted and collaged cardboard that have the feel of towers or industrial buildings with layers of old signboards and posters. She has never exhibited the cardboard pieces but has lately been posting photos of them on Facebook.

It seems that Knold’s evolution in art is just beginning. 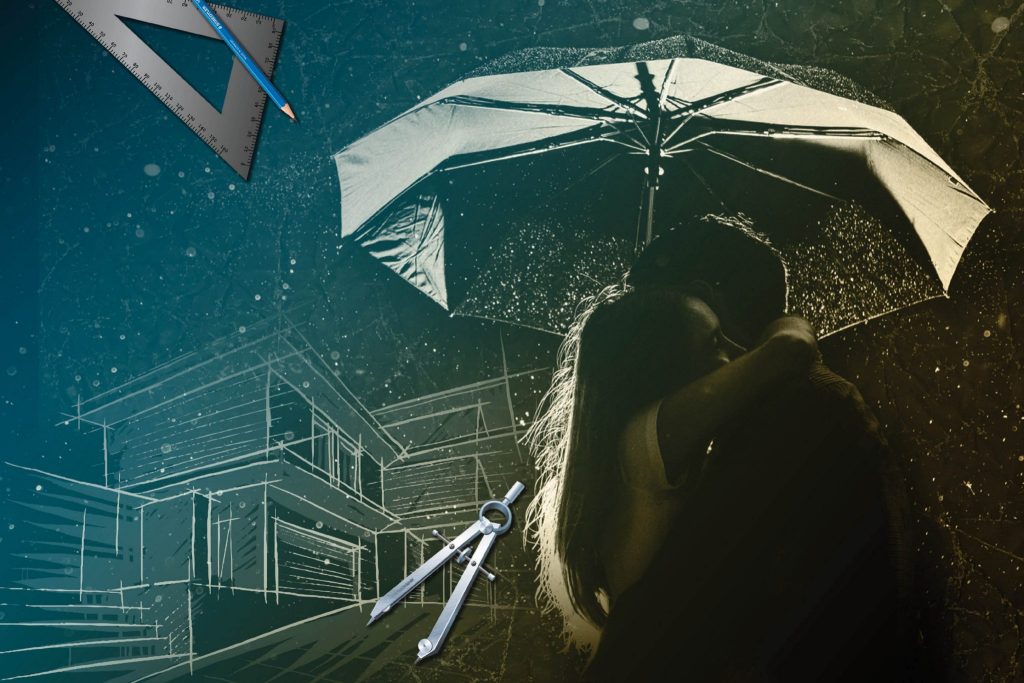 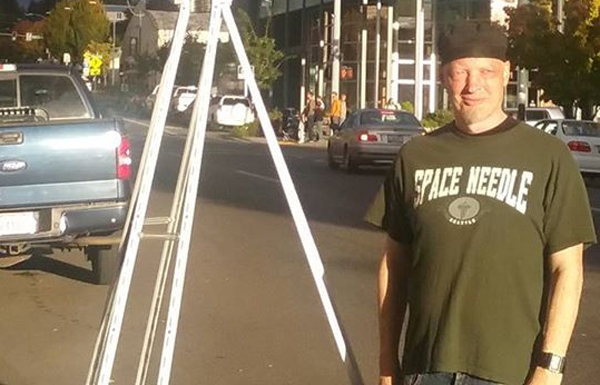 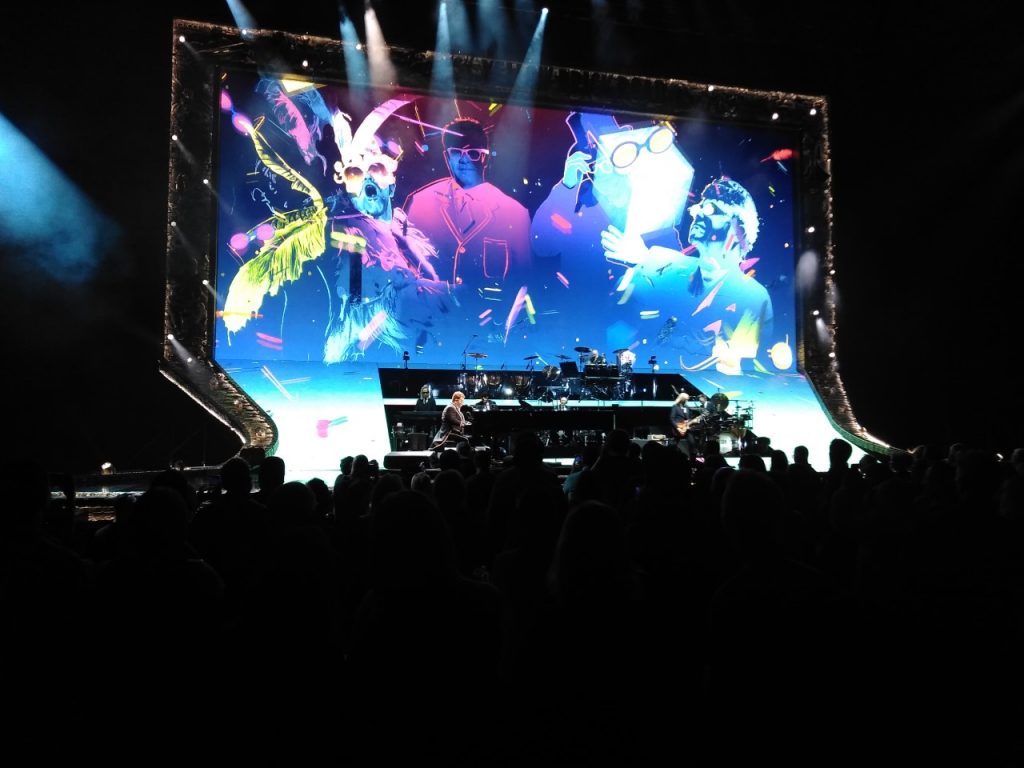