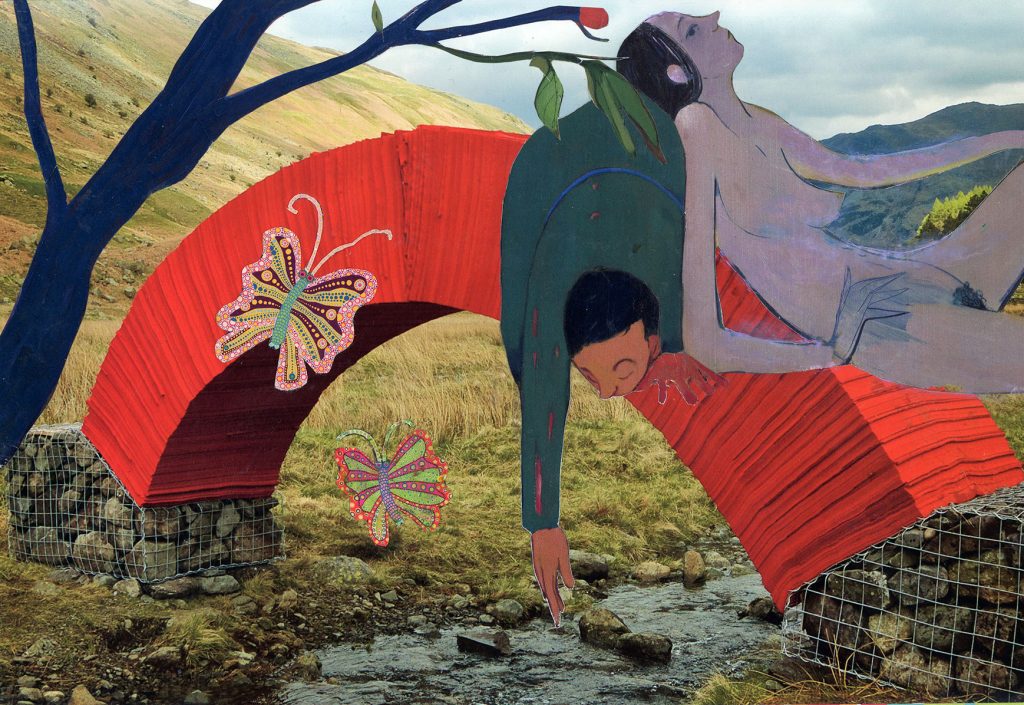 Sharon Styer, whose work was exhibited in Harlequin Productions’ lobby during the performance of “Noises Off,” and Gail Ramsey Wharton, who recently conducted a Zoom studio tour as part of the “SPSCC Creative ‘Something’,” are collage artists. They share similar sensibilities and humor. Both artists can be wacky at times, sometimes in a macabre way, and both are sensitive to politics, language and society — all of these qualities are expressed in their art. Standing as an example of playing with language in collage is Wharton’s “Pronunciation,” a play on “The Annunciation” from the Campin altarpiece, in which Wharton has the women saying tomāto and tomӓto as in the song “Let’s Call the Whole Thing Off.”

Styer studied art as a child at the Albright Knox Art School in Buffalo, New York, beginning when she was five years old. She was a photographer for her high school newspaper and many years later became well known for her photographs of empty and abandoned buildings in Tacoma. “Urban photography just grabs me. I love warehouses, abandoned buildings, alleyways, and walking down streets enjoying the lights and the shadows,” she wrote at the time of her 2012 photo exhibition at Fulcrum Gallery.

After a lifetime in various art pursuits, including managing galleries, Styer recently took up collage as her favored art form. “From vagabonding in my VW van to a settled wife/mother with a working career, I have always had an art studio, always had art projects going. Collage snuck up on me as my practices of photography converged with sewing and writing. Through Facebook collage sites, I learned how talented, and varied, and deep collage creations can become,” she says.

Many of Styer’s collages are startling in their juxtapositions of body parts that don’t fit, such as in “I read your diary and I have some suggestions,”  a portrait of a fierce woman who looks like Helena Bonham Carter in The Demon Barber of Fleet Street, with mismatched eyes and bright red lipstick on horribly distorted lips.

Wharton’s work also often has eyes and lips that don’t fit with faces or heads that are comically/disturbingly too big for bodies, such as in a recent collage from her “food for thought” series that illustrates the Adam and Eve story in a modern setting with an amused-looking head of Jesus peeking in the window like a voyeur, and in “Here Comes the Sun,” a seating figure with a giant burning head and eyes and lips that do not fit.

Styer’s “What she really wanted was just to stop worrying” depicts  a languid couple on a bright red bridge. The woman is nude, and her flesh is purple. “l love the image of the red bridge over the small creek,” Styer says. “It’s from an environmental art calendar. It felt like that moment after struggle when you find a bit of ease, of peace, of grace. And you know that things will work out.”  She creates that peaceful feeling with the languid manner in which the couple is draped over the bridge as he reaches his arm toward the water, and in the inclusion of butterflies.

“I’m Fine,” also by Styer, is the opposite in mood from “What she really wanted . . .” There is a large bloodshot eye in the center surrounded by collaged patterns of many colors. It is harsh and threatening. Her “No matter how much we protect ourselves, we’re still permeable” pictures a woman in a lush forest mummified by woven grasses and straw. It is a picture of strength and vulnerability.

Many of Wharton’s most recent collages, shown in the Merit Award Exhibition at South Puget Sound Community College, have the look of etchings from a previous century, with sensitive line drawing and rich textures.

Collage is more than media. It is a method of arranging images as a way of looking at the world. Its fractured manner of composing and juxtaposing images became important in the early part of the twentieth century and remains so today. Georges Braque and Pablo Picasso are credited with inventing collage in around 1912 when Braque drew on imitation woodgrain paper and both made papiers collés (art from pasted paper), which they said was an attempt to introduce the reality of everyday life into pictures. Since then, many artists have turned to collage as media and method. Andy Warhol said he used collage because, “I don’t love roses or bottles or anything like that enough to want to sit down and paint them lovingly and patiently.” And pop artist Tom Wesselmann said, “One thing I like about collage is that you can use anything; it sets up reverberations from one kind of reality to another.”

Wesselmann’s idea of reverberations from one reality to another is descriptive of what both Styer and Wharton do. “When I begin a collage, I try to just look and not plan nor try,” Styer says. “I sort images and choose a few that pull me. My collages are best when I let the story shift and take shape. When I give them a little time and space so that my imagination can refine and explore.” 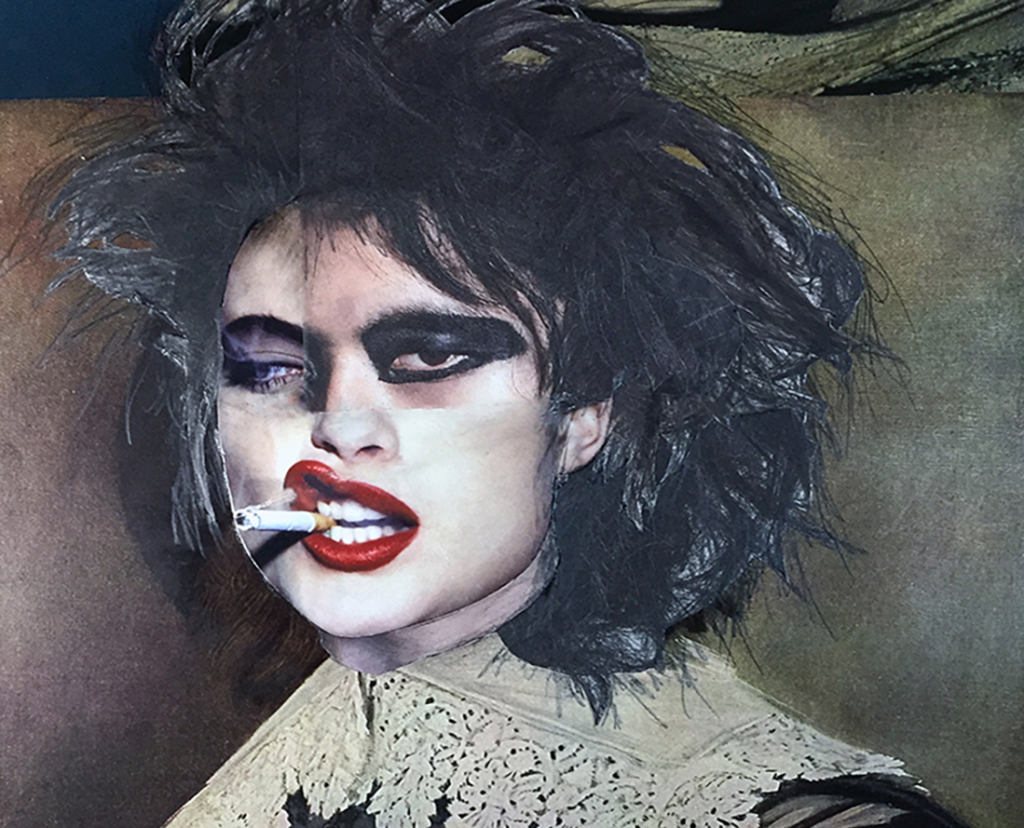 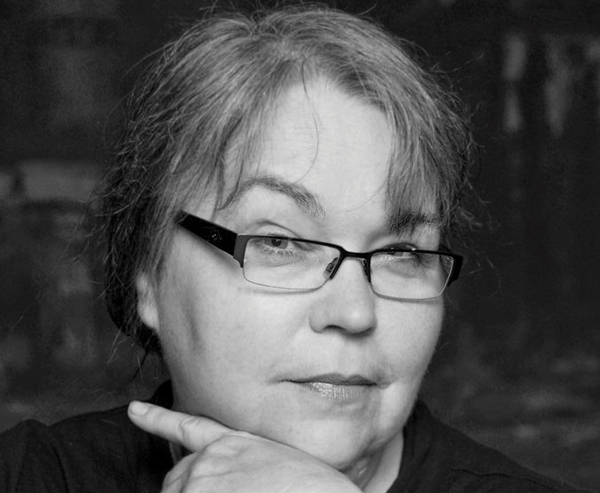