Picturing the Pandemic at Childhood’s End

Despite the horrors depicted in her latest artworks — devastating fires, a murderous pandemic and the final year of the Trump administration — there is hope and sweetness, irony and humor in Marilyn Frasca’s art. She and four other local artists were asked to show works created over the past year in an exhibition called “Picturing the Pandemic” at Childhood’s End Gallery.

Frasca’s method is to create abstract monoprint textures on paper, then, like a wonderstruck person looking for pictures in clouds or smoke, she searches the scratches and lines and blobs of printed marks to find images which only she can see  — through a combination of imagination, memory and keen observation, and she develops these found images with pastels to create recognizable figures, faces, animals and environments, each of which is its own narrative. The images she pulls out of these random textures are inventive and often surprisingly realistic, sometimes surrealistic, with relatable narratives, lyrical lines, and subtle color combinations.

Ten of her latest are shown in this exhibition.

“The Way Forward” is as nearly abstract as anything Frasca has done. It is essentially a monotype made by pushing a soft cloth through ink on plexiglass with no drawing back into it except for a few black shapes that may be seen as animals caught in a weave of overlapping thorns and sticks. “It felt for me how things were that day. No way forward, too many forms /shapes yet none were inviting,” Frasca said. “Yes, this is how the world seemed . . . everywhere and nowhere.”

Another recent work pictures a sad, big-eyed woman holding a coffee cup while a rainbow-colored form flies toward her, which she said “is like a thought entering one’s mind when you are not ready. I also pondered this form as a new benevolent showy Covid ball trying to cheer things.” As she often does, Frasca sent a photo of it to her friend and fellow artist Susan Christian, who replied with the single word “Seriously?” — which is what Frasca titled the picture.

On election night, Nov. 3, Frasca created a mesmerizing piece titled “Deliver Us.” It depicts a woman watching the election results on television. The TV is seen from the back, and its screen lights up the woman’s face. She is clutching prayer beads in a powerful depiction of the prayerful desperation many felt on election night.

“Golem” is humorously surrealistic, with the strange Golem figure at the bottom and Donald Trump, with tiny head and hands, holding the severed pieces of the Declaration of Independence. It is in black and white with tones of gray, the only colored pieces being Trump’s skin, hair, and red tie.

“Arriving” pictures a peasant couple standing by a shed, she in the doorway holding a baby goat and he standing nearby with a red-combed chicken swaddled for comfort in his jacket. Amidst pictures depicting the pandemic, politics and forest fires, this simple scene embodies empathy and hope in the midst of hard times, as do all of Frasca’s works in this exhibition.

Lisa Sweet’s art appears on two moveable screens set at the front of the gallery that are filled with almost 50 tiny etchings on wood in black and white or in monotones.

Sweet’s art over time has blended contemporary surrealistic imagery with religious symbols, and a painting style influenced by early Renaissance art. Images in these works range from a single ear to landscapes to a window in the blackness of night with curtains blowing in the wind to illustrations of events over the past year — to Donald J. Trump masked and holding a Bible. They can be seen as funny and as chilling. 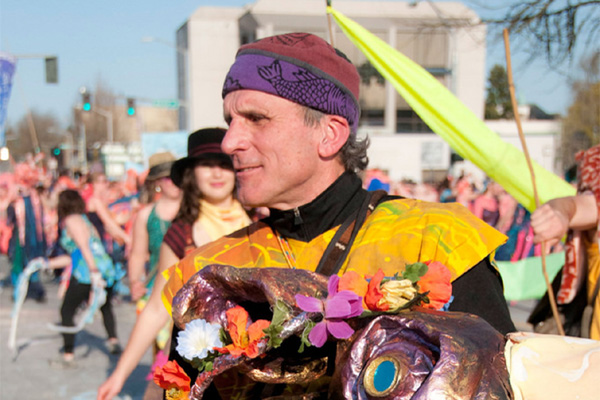 Eli Sterling: The Man Behind the Masque 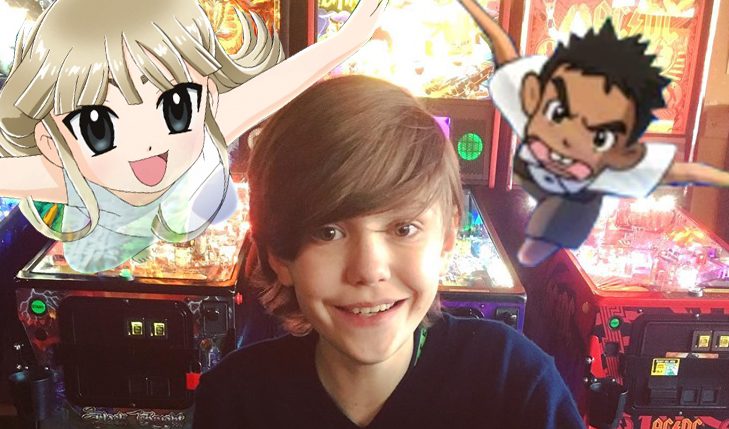 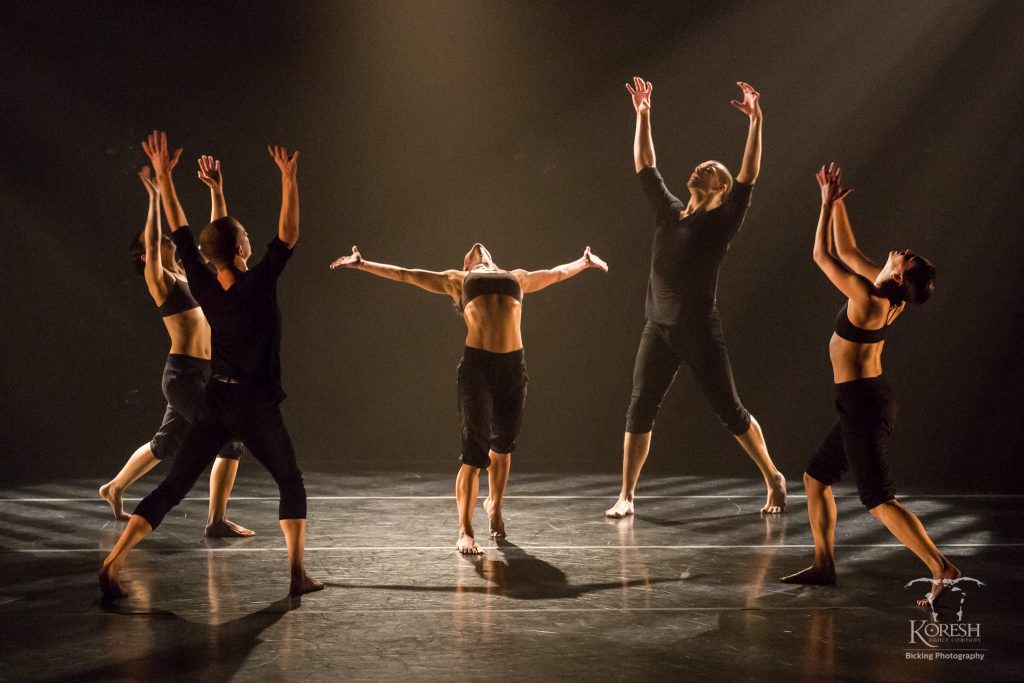