“Decades” at The Washington Center Gallery

Tom Anderson is an iconic presence on Olympia’s art scene. The Park of the Seven Oaks by the roundabout on Harrison Avenue—that’s a Tom Anderson creation. The large metal art pieces that fill the walls in the emergency room and chapel at Providence St. Peter Hospital—that is also a Tom Anderson creation. Anderson co-created the four-story library mural at The Evergreen State College, co-founded Mansion Glass Studios in downtown Olympia in 1973, and established his own downtown studio in 1990.

Anderson is represented by galleries in Oregon, Washington, California, and Hawaii, and according to his website, his work can be found in more than 1,600 public and private collections.

Now he has a retrospective exhibition at the Washington Center for the Performing Arts called “Decades,” with close to 40 of Anderson’s paintings going back to the 1980s. The works fill three floors of the building and are arranged according to chronology and style or types of work. In the main floor lobby are early works showing his signature use of painted metals on wood.

In the mezzanine are later works that show the influence of printmaking, sculpture and stained glass. And finally, in the balcony are Anderson’s latest works, fluid movement of intensely color inks in landscape-inspired paintings that are simple, directly applied colors representing ground and horizon lines and vast areas of white that can be interpreted as sky or water.

As early as 1973, while working at the famous Pilchuck glass studios and having worked in print and graphic design, he began working in copper, and when there was a shortage of copper in the 1990s, he started working in aluminum with metal primers and pigment.

Most of Anderson’s paintings are abstract with, in a few pieces, slight intimations of imagery. He paints on metal nailed to wood and distresses the metal by burnishing, scraping and applying chemicals to create textures and color changes.

“The materials I use are often found or recycled metals, copper, aluminum, steel or brass,” the artist wrote in a wall statement. “The application of specific chemical formulas and patinas creates a variety of color and texture, which becomes my ‘canvas’ for the addition of other elements, i.e., gold leaf, pastel, graphite, and varnishes.”

Anderson’s early works on the main floor are architectonic and highly structured with elemental forms such as squares, circles and rectangles. “Collected Wisdom” is a group of squares and rectangles that look like buildings, doors and windows, with a soft and amorphous light blue form floating in the middle and above that a hint of the line of rooftops that forecasts the horizon lines that will come to dominate his later work. “Frida,” hanging adjacent to “Collected Wisdom,” is a similar stacking of architectural forms with a delightfully playful little photo of Frida Kahlo collaged into it; and “Saw,” next to “Frida,” is a similar dark ground with a rust-red circular saw blade — a strong and undeniable image.

Works on the mezzanine floor are more expressive and amorphous with energetic marks floating on soft backgrounds and a generous use of translucent white paint layered over darker colors, especially noticeable in a line of small square paintings.

Hanging in the open stairwell between the mezzanine and upper balcony is a large landscape painting in vivid tones of red and blue in acrylic ink that flows and soaks into the canvas and wood. Finally, the balcony level is filled with these luminous paintings that are Anderson’s latest works and his least abstract.

After looking at these paintings representing 30-to-40 years of art, one must wonder and look forward to what Anderson is going to do next.

Decades, an exhibition of paintings by Tom Anderson

The Washington Center for the Performing Arts, 512 Washington St., Olympia

By appointment noon to 4 p.m. Monday-Friday through Nov. 5 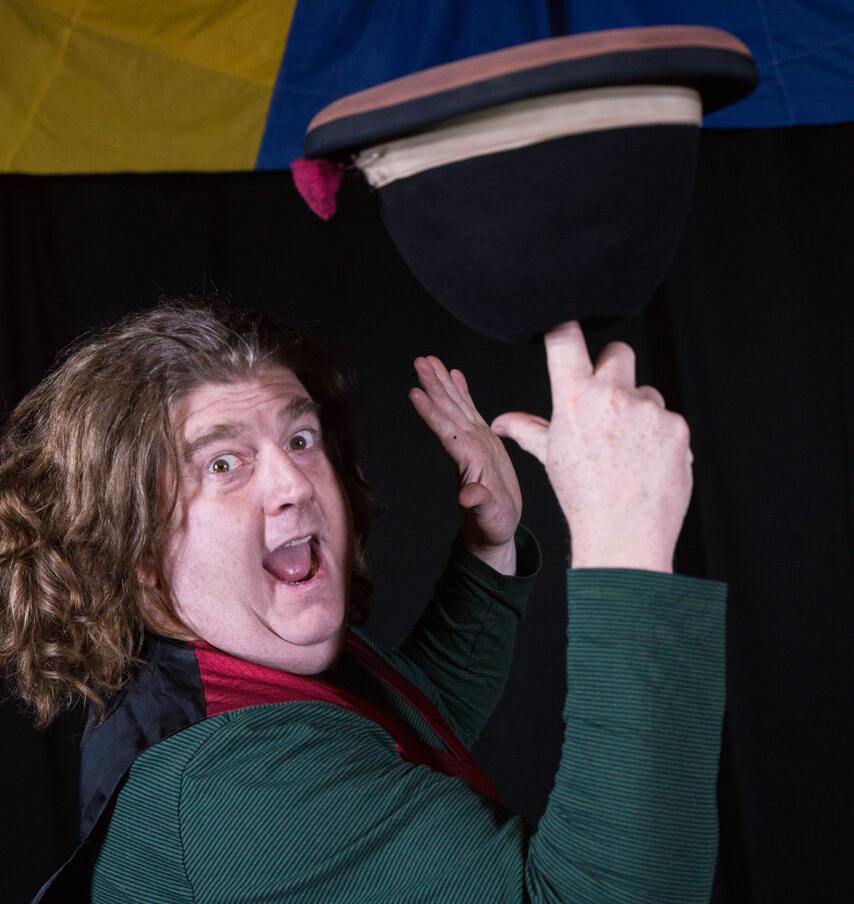 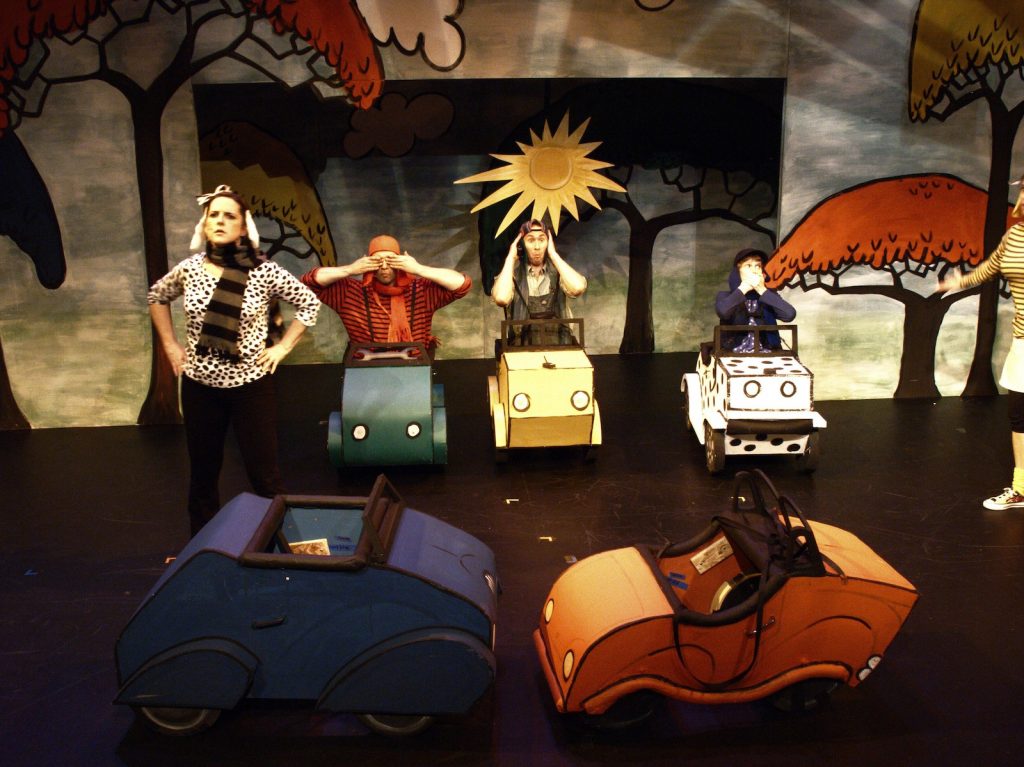 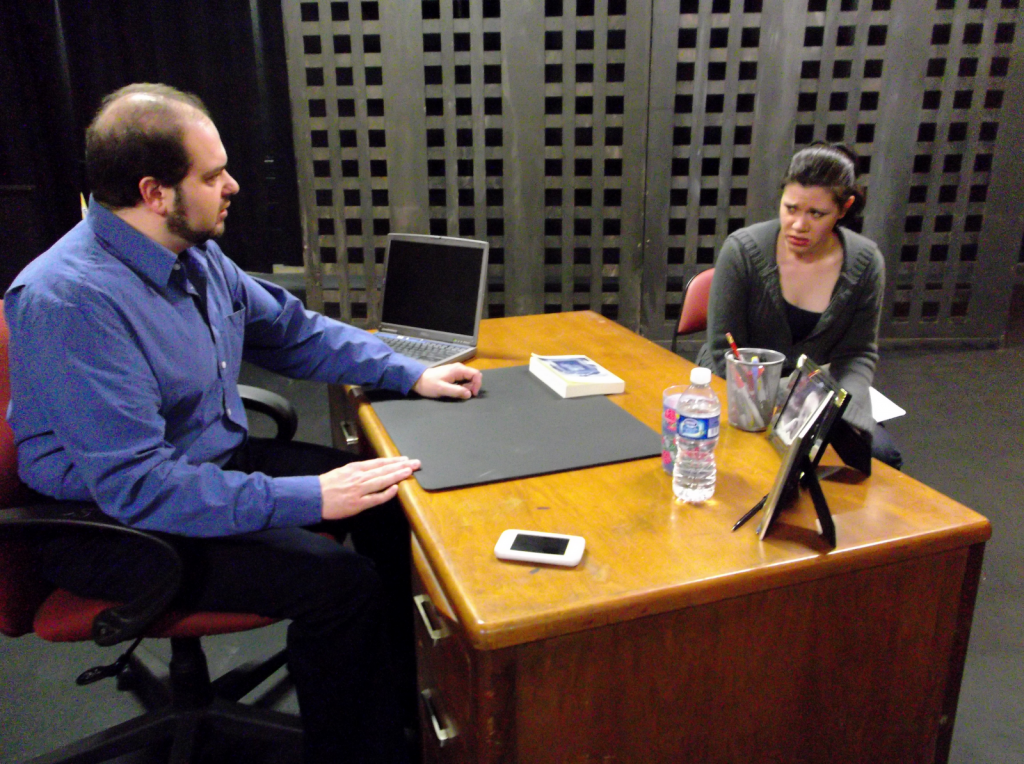