Occasionally, we all stumble across real places that make us feel like we’re in a fictional world, places where we can do or be anything we want. Olympia has at least one of those places tucked right into the heart of the downtown area. You can feel the shift every time you step across the threshold of Danger Room, Olympia’s downtown comic-book store, proudly owned by Casey Bruce and Frank Hussey.

Danger Room has been a mainstay of downtown Olympia since it opened in 1994. It wasn’t until 2010, though, that it became a bastion of philanthropy and community involvement under Bruce and Hussey. The pair purchased the comic book store from Patrick Mapp and Kendra Jennings in September 2010, after working there part-time while attending Evergreen State College. Since they took over, Danger Room has quietly hosted an astounding number of fundraisers, book drives and community events and donated tens of thousands of comic books to charitable organizations.

“Since I met the guys at Danger Room, I’ve taken over 15,000 comic books to people,” said Richard Francis, the founder the of the veteran outreach and counseling organization Blackdog Foundation. Francis has been working with Bruce and Hussey for almost 17 years. With help from Danger Room, he delivers stacks of donated comics to veterans and their families who’ve suffered from domestic violence and PTSD. The comics are used as a counseling and guidance tool. “Comics don’t seem like much,” Francis said, “but when you’re stuck in a hospital bed and you’ve got nothing — no distractions from your fear — a stack of comic books can help you dissolve that pain and fear, even if it’s just for one moment. Those guys put heart and effort into helping people heal.”

Each year, Bruce and Hussey participate in Free Comic Book Day at the storefront, co-organize the Olympia Comics Festival and take part in the Olympia Spring and Fall Arts Walks. They also hold dozens of fundraisers each year, including the “Kids Love Comics” event at the Olympia Timberland Library every fall and “Hands on Comics” at the Hands On Children’s Museum. They hold book drives and frequently donate comics and graphic novels to the Blackdog Foundation, Capitol High School, Lincoln Elementary School, Safeplace, South Sound Reading Foundation, Stonewall Youth and Wahelut Indian School.

Executive director of the South Sound Reading Foundation Jennifer Williamson-Forster has been working with Bruce and Hussey for five years now. “They partner with us several times a year to host comic book drives and donate books to us,” she said. “We take the comics to low-income youth, since comic books are a gateway to reading for a lot of kids. If it weren’t for our partnership with Danger Room and other organizations like them, we’d lose those kids as engaged readers.”

Having grown up surrounded by art and literature, Bruce understands the impact comics can have on children. “Art was always appreciated in our household.” he explained. “I remember my dad reading the Sunday newspaper comics to me as a small child, and (we’d) watch the Super Friends cartoons.” While growing up in Seattle, Bruce’s father, Chris Bruce, worked as the curator at the University of Washington Henry Art Gallery for 15 years. In keeping with his upbringing, Bruce interned at Seattle’s famous art-house publisher, Fantagraphics Bookstore, in 2001 while studying film and education at The Evergreen State College. He graduated from Evergreen with a bachelor of arts degree in 2002.

Like Bruce, Hussey also fell in love with the comics genre at a young age. “The biggest reason I got into comics probably had to do with being raised with depression-era values,” he explained. “The little bit of spending money we had as kids went to candy or toys. … It was just gone … but comics appealed to me because they were something I could hang onto. My favorite thing about the comic genre is how direct it is. With most visual entertainment, you need a huge crew to create something. But with comics, it’s just the artist’s mark on paper.” Hussey also earned his bachelor of arts degree from Evergreen in 1998, while working as a manager at Danger Room under Mapp and Jennings.

Bruce and Hussey’s passion for comics and creativity extends to zines, as well. They support local and emerging zine artists from Olympia, Tacoma, Portland and Seattle by prominently displaying their work on Danger Room shelves. They also maintain an expansive selection of LGBTQ+ comics and graphic novels. “We want to offer as much diversity and equality as we can,” said Hussey. “I started the section before we bought the store, when I worked for the previous owners. But I didn’t do it just to make a political point. … There’s plenty of good LGBT stuff out there.”

The duo not only focuses on maintaining strong relationships within the larger Olympia community, but among downtown literary organizations, as well. “We always feel like we can do more to participate and integrate into the arts community,” Hussey admitted. “But having said that, there are people like Ned Hayes who’ve been very welcoming, along with Andrea (Griffith) of Browsers Bookshop.”

Griffith, who’s known Bruce and Hussey since she bought Browser’s Bookshop two and a half years ago, was quick to back up Hussey’s sentiment. “We all bring something very different to downtown Olympia, so we send people to each other’s stores. If I’m out of a book I’ll send someone to Danger Room, and if Orca Books is out of something they’ll send someone to us. … It’s great!”

Over the last few months, Bruce and Hussey have been preparing for this year’s Olympia Comics Festival on June 3, which will include a preview night at Olympia Timberland Library, a cartoonists’ expo at the Olympia Center, a stage show at the Capitol Theater and author and artist signings at Danger Room. The event, not to be confused with Comic Con, focuses on creator-owned work that allows for a direct connection between creators and readers. This year’s guests of honor include emerging artist Emil Ferris (author of My Favorite Thing is Monsters), Australian powerhouse Simon Hanselmann and comic-book legend Peter Kuper (The Jungle, Ruins and Spy vs Spy).

Of Bruce and Hussey, Griffith commented, “They have such expertise in what they do.” True to their humble nature, however, Bruce and Hussey would be hard-pressed to admit that. Instead, they quietly man their superhero-training facility, Danger Room, while giving back to the community.

How much: stage show $6, all other events free 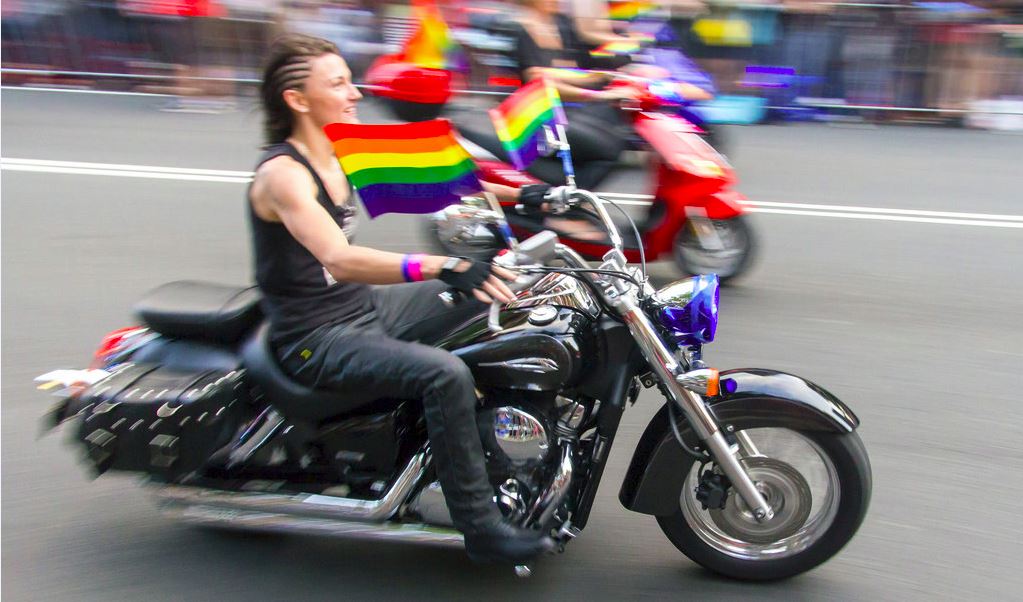 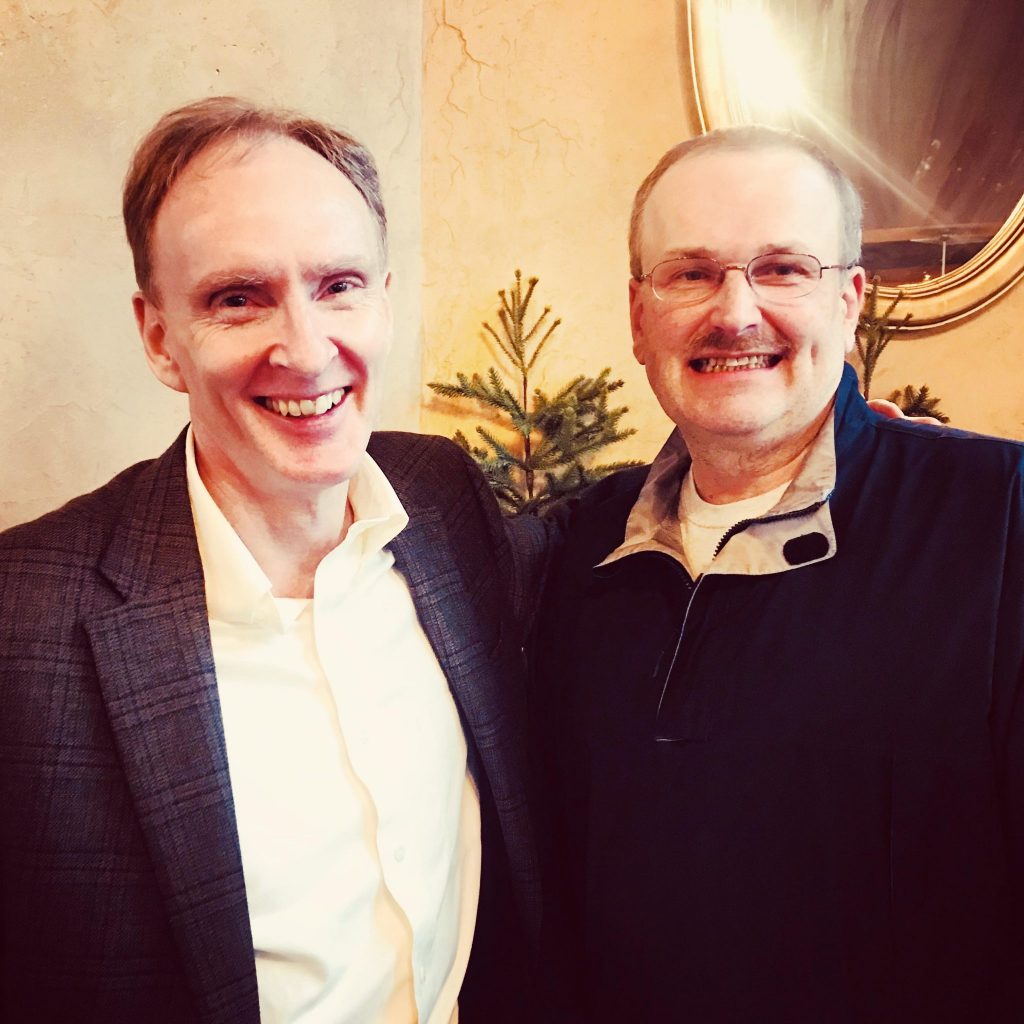