New updates to the Harlequin story include a public statement from Harlequin Productions Board of Directors,  the appointment of new leadership, and the announcement of a new artistic season for 2018-2019.

by
Karen Lunde and Ned Hayes for OLY ARTS

In October, 2017, The New York Times published a report detailing decades of sexual harassment allegations against Miramax founder and film producer Harvey Weinstein. That report was the loose boulder that set the #MeToo movement avalanche in motion. Now, that avalanche has rumbled into Olympia.

Actress Kate Parker recently alleged that after a 2011 play rehearsal in Olympia, Horovitz grabbed her waist, and tried to kiss her. Horovitz had insisted on seeing her hotel room and, although she felt uneasy, she let the famed playwright inside. Then he lunged at her.

This information came to light in a Seattle Times article last week after details arose of nine women on the East Coast who accused Horovitz of sexual harassment or abuse.

Kate Arvin, who was the Production Stage Manager for Harlequin’s production of “Unexpected Tenderness” at the time, described a call from Parker. “She called me directly after the incident,” said Arvin. “I left my family dinner and went to her hotel room to console and sit with her. She was not just shaken, but shaking.”

Former Harlequin Production Manager Jill Carter stated that “Members of Harlequin’s leadership failed to create a space where creative collaborators are respected on many levels, including when inappropriate behavior like what Horovitz did is ignored.”

Yet initial statements about Horovitz by Harlequin Artistic Director Scot Whitney were dismissive. “I love the guy,” said Whitney to the Seattle Times last week. “… He loves women and he’s famous. I don’t know the inside of his head. It never seemed to me that it was any big deal.”

After the Seattle Times article appeared, the incident became a big deal for Harlequin Productions. Co-founders Scot Whitney and Linda Whitney issued a joint statement over the weekend, which was issued in printed form to all patrons at the theater. (Click here to see the full statement as printed)

“We are truly heartsick this could have happened on our watch. Our acting community is like family and we want to express our deepest apologies that this ever happened in the first place and that we did not take stronger action at the time to do more about it,” said the joint statement from Scot and Linda Whitney. The statement went on to detail the lack of response in the past: “We were made aware of one of the allegations and deeply regret that we did not confront Mr. Horovitz about the subject at the time.”

Arvin believes that change starts with an apology and forgiveness, but this is just a beginning. “Everyone does deserve a chance for forgiveness, but my hope is that what emerges from that examination are policies and structural changes that make it safe and worthwhile for victims of abuse to come forward and be heard, without having their integrity questioned, career jeopardized, or being infantilized and swept away,” said Arvin. “My intention in coming forward about this was not to cause harm to the theater, but to encourage improvements for future generations. Any business that can step up to that challenge is one worthy of support.”

Alongside Harlequin’s public apology comes Horovitz’s own apology. Horovitz gave the following statement to the New York Times:  “I apologize with all my heart to any woman who has ever felt compromised by my actions, and to my family and friends who have put their trust in me. To hear that I have caused pain is profoundly upsetting, as is the idea that I might have crossed a line with anyone who considered me a mentor.”

Horovitz, who co-founded the Gloucester Stage Company in 1979, has now resigned from his post as an ex officio board member and Artistic Director Emeritus of the company. Despite past press coverage that emphasized the company’s close relationship with Horovitz, the Harlequin co-founders have also now stated that they “will not be inviting Mr. Horovitz back again in the future. Ever.”

The Harlequin co-founders statement also said that they are “committed to ensuring nothing like this ever happens again.”

Yet some members of the local theater community are unimpressed. “I did see that insert that Harlequin added to the program, and that does seem like a level headed response,” said Carter. “But that seems more like just a reaction to the Seattle Times article on the part of the Board and not a true reflection of how the leadership really thinks.”

Carter went on to note that there can be differences between a public statement and behind-the-scenes practice: “Scot and Linda probably believe that they have an inclusive environment where people can step forward if problems arise and that they will be listened to respectfully, but when I was there, that certainly wasn’t the case, and it doesn’t really look to be much different now.”

“It is true that putting out a statement or creating a new policy isn’t enough unless we are willing to monitor and enforce it,” said Kathy Dorgan, who is the Artistic Director of the longest running theater group in the region, Creative Theater Experience (CTE). Dorgan is also a past recipient of a Juilliard Directing Fellowship.

Nonprofit theaters like Harlequin Productions often look to a Board of Directors for recourse in difficult situations. “The Board has a supervisory role in all of these circumstances. CTE has a harassment policy in place which we’ve had cause to exercise in the past,” explained Dorgan. “My Board of Directors is always involved and can take action without my interference.”

According to the Nonprofit Risk Management Center, best practices for supervision of nonprofit executive staff include ensuring that Directors of the Board do not have any financial or artistic interest in material created by the staff. According to nonprofit experts, a Board of Directors for a nonprofit should make decisions unencumbered by legal, financial, or artistic conflicts of interest with staff members.

Harlequin’s Board lists both Scot and Linda Whitney as members of the Board, who also serve as paid staff in the organization. Scot  is named as an Officer and member of the Executive Committee of the Board. The Harlequin Board has also included multiple theatrical directors and actors whose work has appeared on the Harlequin stage.

“I wasn’t part of this Board or have any first-hand knowledge of these events. But what may have happened here was that a lack of strong reporting process and clear responsibility for conduct affected the well-being of performers and staff,” explained Rick Peters, an Olympia attorney. Peters has also worked with a number of nonprofits, including two stints on theater boards. He served for many years as president of the CTE Board.

“I hope that Harlequin can recover and move forward after this incident,” said Peters. “We all benefit from a strong and well-managed theater presence in Olympia.”

Harlequin Productions official statement ends by noting that their team is “reviewing” their current policies and strengthening such policies so that they can create “an environment in which anyone in our theatre family feels empowered to come forward.”

“In fact, this is an opportunity for all of us theater people to grow and reflect seriously about our own practices,” said Dorgan. “I have to ask myself — and all of us should ask ourselves — if we are creating an atmosphere in which these kinds of situations are taken seriously. This is a reminder of the work we need to keep doing in the theatrical community. All of us need to be responsible and responsive.”

New Statement from Harlequin Board of Directors
(March 21, 2018)

To our cast members and company, patrons and community,

We have heard you. As boardmembers, it is our responsibility to ensure an
environment where our artists can be free from discrimination, harassment, bullying, or
inappropriate behavior of any kind. And we have failed to maintain that environment.

On March 16, 2018, the Seattle Times released an article in which Harlequin Managing
Artistic Director, Scot Whitney, was quoted in response to questions involving actors having
come forward with allegations of sexual harassment by playwright Israel Horovitz during the
time his plays were being produced by the theater. The board would like to go on record that
the statements made by Director Whitney do not reflect the opinions of the board, nor the
opinion of Harlequin Productions.

This afternoon, Scot Whitney contacted the executive committee, and offered his
immediate resignation as boardmember and Managing Artistic Director. This evening, the
board voted to accept his resignation.

In addition, the board moved to engage an independent team to conduct a thorough
investigation of culture, incidents, policies and procedures regarding harassment at Harlequin
Productions, and report to the board with findings and recommended actions to ensure
Harlequin provides a safe and inclusive environment for all.

We realize that there is an unfortunate history of sexual harassment in the performing
arts industry and abhor that this incident took place within our own theater community. While
no organization is perfect, we strive to uphold the highest standards when it comes to the
physical and emotional safety of our actors and staff. This situation is unacceptable and we
wish to be an example to the community at large in our efforts to right these wrongs.

In ten days, we are scheduled to host our season launch party, Eclectica. No. The board
feels that this is no time for a party, and absolutely no time for a fundraiser. Our season
announcement used to come in May – to that end, we are postponing the Eclectica event and
season launch, with a new date to be determined.

The executive committee of the board will be meeting again this week to discuss these
actions more fully and in depth. Every boardmember, however, wanted to provide this
message immediately – our number one goal is to ensure that Harlequin Productions is able to
flourish long into the future.

Ben Cushman, Chair
On behalf of the Board of Directors
Harlequin Productions

PDF Version of Harlequin Board Statement 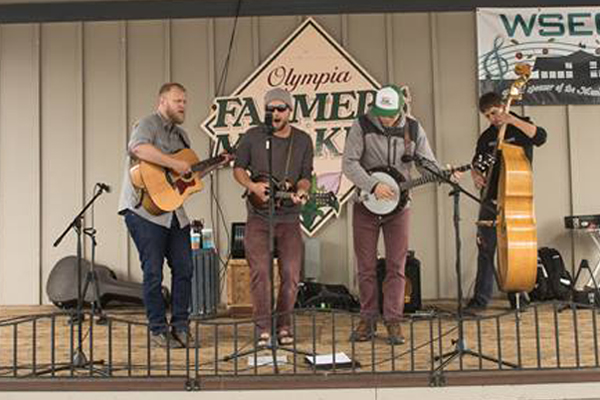 A Taste of The Olympia Farmers Market 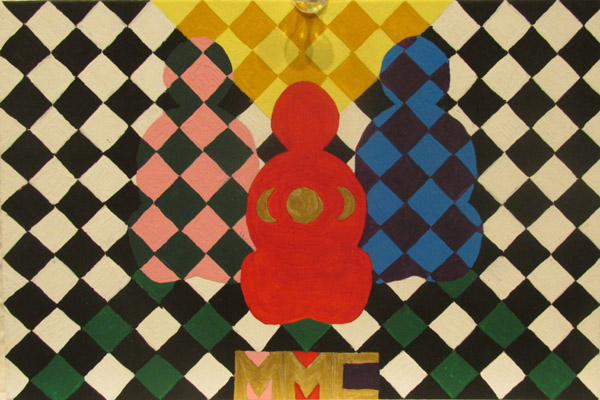 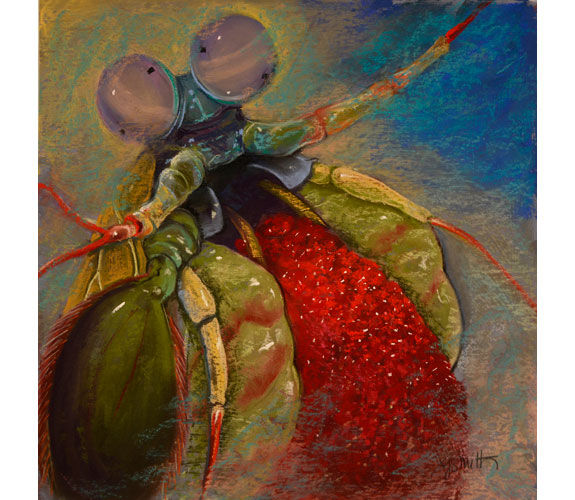