Joining the pantheon of storytellers from Mark Twain to George Lucas is Olympia’s own Christian Carvajal. Carv, as his friends call him, tells stories on stage, behind stage and in print. He is an experienced actor, director and playwright, has published two novels and a collection of short stories, writes for The Weekly Volcano and serves as editor for OLY ARTS.

“I think one of Carv’s strongest attributes is his ability to listen with an open mind and to give so willingly of his heart to any conversation,” says Lakewood Playhouse artistic director John Munn. “Whether it is a passionate debate or a full-on geek-fest combo jargon-filled discussion about pop media whether it be film, books or art.”

Carvajal came upon his love of storytelling early. He was born in Los Angeles and moved to northern California at age 10. “My mom and I had a near-weekly ritual of grabbing lunch at Denny’s, then catching a matinee at the Old Towne Mall in Torrance,” he recalls. At age nine, in the middle of a matinee viewing of Star Wars, he told his mother he wanted to “do that” when he grew up. “She thought I meant I aspired to be an astronaut. Actually, I wanted to learn how the movie was make and tell fantastic stories for a living.”

Carvajal came of age reading the classic sci-fi and fantasy of that era, especially Ray Bradbury, J.R.R. Tolkien, Arthur C. Clarke, Douglas Adams, Isaac Asimov, Larry Niven and Michael Crichton — “in roughly that order,” he says. Since his youth, he says he has broadened his reading considerably, “making a conscious effort to absorb the work of female and queer writers and authors of color.”

Spending most of his high school and undergraduate years in Oklahoma, Carvajal received a bachelor’s degree in math education and another in communications, with theater emphasis at East Central University in Ada, a small town (population under 20,000) between Oklahoma City and Dallas. “It was a small suitcase college, but that turned out to be a blessing because instead of aiming me toward a narrow BFA in acting, I had to learn a little bit of everything including design, technical theater, video editing and playwriting.” It was life in Ada that inspired his first novel, Lightfall.

“When I first conceived of Lightfall, it was more of a tirade against small-town life in Oklahoma,” Carvajal says. “By the time I started typing, though, I was in a much happier place in my life, so I was able to flesh its characters out more empathetically. It’s a much better book for it.” It is a comic novel the end of the world in the little Baptist college town of Sugar Rose, Oklahoma — a thinly disguised Ada and East Central University.

Carvajal interned for a CBS station in Texas, shooting news and sports video for their evening newscast, and was one of the first ECU students allowed to direct a mainstage production there. He taught computer science for a year, then completed an MFA program in directing at Southern Illinois University, Carbondale. From there, he moved back to L.A., where he started as an extra in movies and TV and ultimately landed a full-time job as an executive research assistant at Warner Brothers.

“I wrote and directed a few shorts,” Carvajal says, “but nothing I’d submit for Oscar consideration. One was coming along quite nicely until the editor, who maybe had a bad habit of toking on the job, hit the wrong button and mangled both the audio and video entirely.”

Since moving to the Olympia area, Carvajal has directed controversy-laden plays such as The Credeaux Canvas for Theater Artist Olympia and the comic Laughing Stock at Olympia Little Theatre (OLT). He says Canvas was an artistic breakthrough for him. “Laughing Stock cast bonded into a family that created absolute magic. I can only take credit for a sliver of that, but you feel it in the room and think maybe you birthed something holier than yourself.”

Carvajal has performed in Animal Fire Theatre’s Hamlet and in David Mamet’s Oleanna at OLT and the national award-winning The Pillowman at Tacoma Little Theatre (TLT). “Ariel in The Pillowman was one of my all-time bucket-list roles,” Carvajal says. “So I pursued that aggressively when Blake York directed it at Tacoma Little Theatre. I got the part and then learned TLT wanted to take it to AACT competitions. What a crazy, 18-month ride that turned out to be. We may be the only cast ever to get rejected at regionals, then move on to the bigs and the national finals. We didn’t win the top show prize, but as individuals we were given more than our fair share of love. As Jacob Tice sagely put it, ‘When was the last time you were a national finalist in anything?’”

TLT Artistic Director Chris Serface says, “Carv is a brilliant mind to have in the room. His thoughtfulness to the process and his research into why we do the things we do is always welcome.”

Carvajal also says he had a great time doing the Lakewood Playhouse radio shows, “which fulfill my childhood fantasy of being a comic sketch and voice actor.”

Ned Hayes, OLY ARTS founder, says, “Carv has performed in several productions that I produced, and I’ve always been impressed by his full commitment to the part and his ability to contextualize his performance within the larger holistic world of the play.”

Carvajal says, “My acting style was influenced by my lifelong fascination with sketch comedy; my dad used to let me stay up and watch ’70s Saturday Night Live with him, and to this day I’ve probably missed only a handful of episodes. In high school my acting idols were people like Christopher Lloyd and Robert Picardo, guys who seemed vastly different each time you saw them. I studied Sandy Meisner intensively in college, so I stuck to that technique pretty rigidly for years. Now I just try to treat even the most outlandish dialogue like it’s an everyday conversation. It may not be the most theatrical approach, but it seems to get the job done more often than not.”

Carvajal wrote the play 3 Impossible Questions about the wise Mullah (teacher or master) Nasreddin, which was performed at Olympia Family Theatre and which Carvajal said he was inspired to write after President Trump declared a travel ban on Muslim-majority countries.

Carvajal wrote his second novel, Mr. Kline’s Wild Ride, under the pseudonym Lynn Savage. It is a tale about a sex theme park in California called Bliss Panerotic. “Once I’d started a book about people’s religious and spiritual lives it only made sense to write about their sex lives, too,” Carvajal says. “I wanted to write something as commercial as possible. I figured Jurassic Park with hot sex ought to do it. It turns out it didn’t, perhaps because I made the mistake of making its protagonist male when the audience for such books skews heavily female. I still think it’s a pretty good book, though, and that opinion seems to be shared by dozens of devoted readers.”

Now Carvajal is in the research phase for a new novel. “I promised readers a novel about politics for years, but the truth outweirded satire so for the most part, this isn’t that. Instead, I decided to spend my summer working on a funny space opera, the kind of Douglas Adams-y material I adored when I was 12. The working title is Sublimely Ridiculous. I want it to feel like the kind of story a geeky but well-adjusted tweenager might doodle on the back of a Pee-Chee folder, real robots-and-rockets-and-rock-‘n’-roll kinda stuff. Most of all I just want to have a blast writing it.” 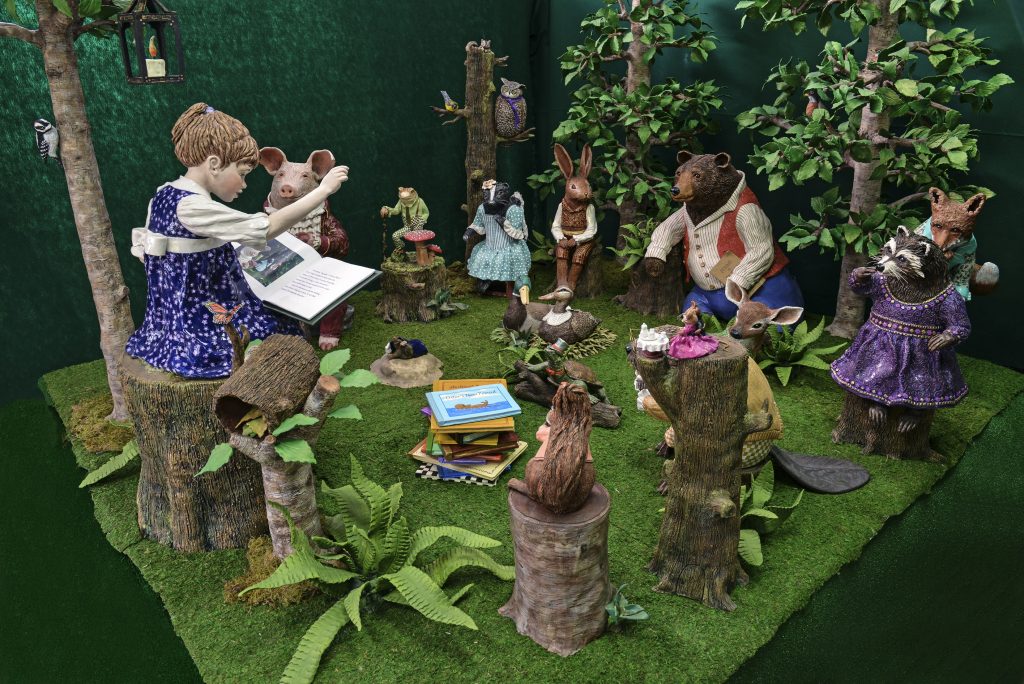 Lacey in Tune: The Infinity Project and ‘Star Wars: A New Hope’ 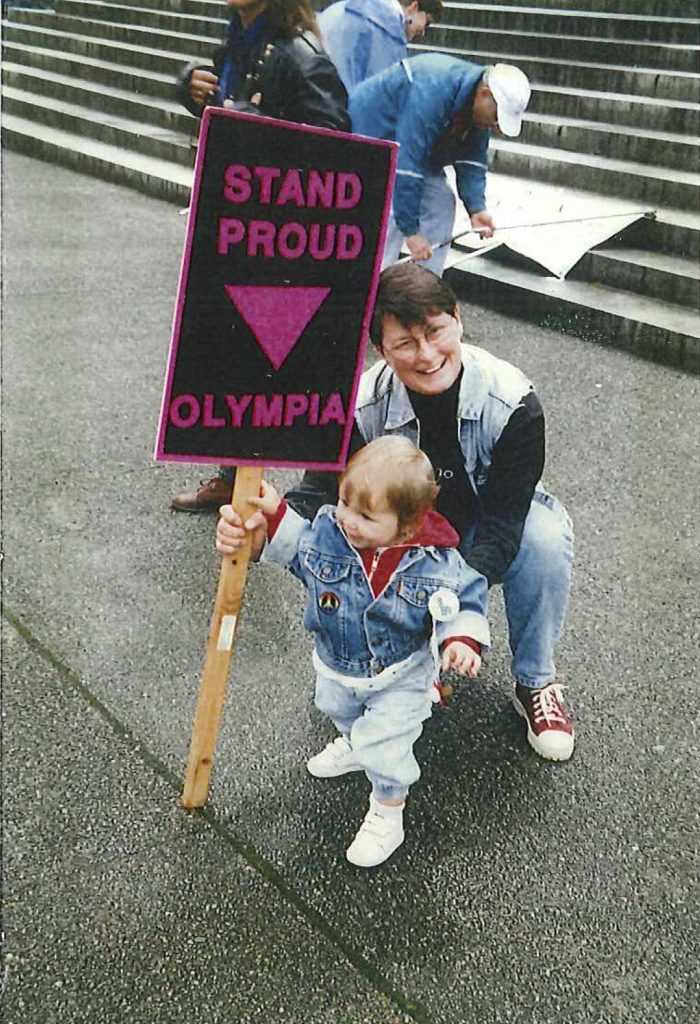