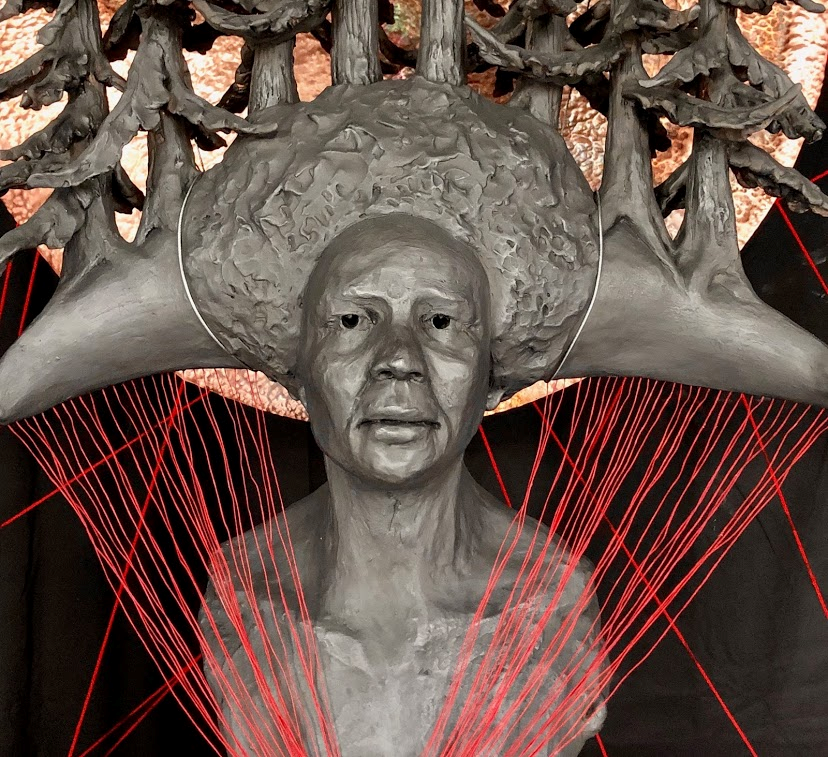 Art of great variety and depth of meaning fill the windows in the vacant Goldberg Building, former home of Schoenfeld Furniture, on the corner of Fourth Avenue and Capitol Way in Olympia.

“This and many other installations were organized, paid for and overseen by Olympia Artspace Alliance, a volunteer organization that includes some fabulous effective people including Lucy Gentry, also the great Jean Mandeberg who retired from 30 or so years of teaching at Evergreen not too long ago, Michelle Pope who continues to manage all of the studios at TESC, and Kris Tucker, the former director of the Washington State Arts Commission Art in Public Places program,” says contributing artist Susan Christian. “This group raised respectable amounts of money for artists to make these displays.”

Gentry explains the program, “Artists create a series of temporary art installations in vacant windows in downtown Olympia. Our project aims to provide exhibition opportunities for local artists, increase public access to professional art, and activate vacant and/or underutilized spaces in downtown Olympia. Proposals for the Art in Storefronts are selected through a jury process to ensure suitability for each location and window.”

In Spring of 2019, OAA formed a committee to create a series of temporary art installations in vacant storefront windows in downtown Olympia. In June 2019, Art in Olympia Storefronts launched its pilot program with three nominated artists in two storefront locations. After that, the program shifted to a juried process to ensure suitability for each location. The current installation is the third in the downtown are — artists have installed previously at the former Fifth Avenue Sandwich Shop and Capital Savings and Loan.

Wrapping the corner of Fourth Avenue and Capitol Way, the Goldberg building has many windows which are divided into four sections, providing more opportunities to artists in the community. The current installation comprises workfrom two solo artists, Darren Mills and Cyrra Robinson, and two groups of artist teams: Susan Christian and John Corzine, and the Black Well Red Thread Collective comprised of Aisha Harrison, Shamika Gagnier and Cholee Gladney.

In the widows facing Capitol Way and wrapping around the corner are “Downtown Fish” by Christian and and Corzine. Schools of fish — some as small as a child’s fist and some as large as a mature orca — swim behind the glass, hung on wires from the ceiling. Christian painted and cut out the fish, which are flat and meant to be viewed from the side. Corzine made the structure and hung the fish where Christian wanted them and littered the floor with “what humans throw into the water instead of taking to the dump,” as stated in a window sign. There are buckets, shells, pieces of rope a virtual junkyard of what we humans dump in the ocean, the detritus fish are forced to swim through.

Robinson’s installation of sculpture hung in front of a white sheet is called “Fictitious Forces.” They are abstract, elemental forms that may remind viewers of organic creatures such as crabs, sea urchins and coral — intentionally or not reflecting on Christian’s and Corzine’s sea-themed installation.

“I was thinking about Plato’s theory of forms while creating each piece,” Robinson says. “I start with a pure form, the basis of reality, which then repeats, grows, and moves as if a fictitious force is being exerted on them. These sculptures fossilize growth, movement, and time. I like the idea of using form, which according to Plato, is nonphysical and extra-mental, then bringing it into the physical realm by sculpting a fractal lifeform into existence.”

Robinson continues, “As I get wrapped up in the process of creating the repetitive geometric shapes it feels like I’m visually capturing intelligibility philosophy. I like imagining some of these sculptures being the human mind reflecting in on itself. Making these pieces also triggers me to ponder the problem of universals and how the philosophical discussion has evolved. I enjoy bringing universals into reality through my artwork.”

Harrison, Gagnier and Gladney collaborated on a piece called “Starbridge to your door.”

Finally, Mills, a costumer for local theaters, has installed mannequins wearing costumes from Harlequin’s March 2009 production of “The Elephant Man.” It is called “Circus Sideshow.”

Window text attributed to the three artists explains, “Our intention for Olympia’s Window Project is to create an installation that is calling to both our past and future ancestors. We as a whole are facing climate change, war, police brutality, pandemic viruses, natural disasters. We see this at every turn, there is a collective anxiety, and our children are feeling hopelessness and dealing with deepening anxieties … We are calling in a future, a future where we can be in balance, and carry out our ancestors’ deepest dreams.” 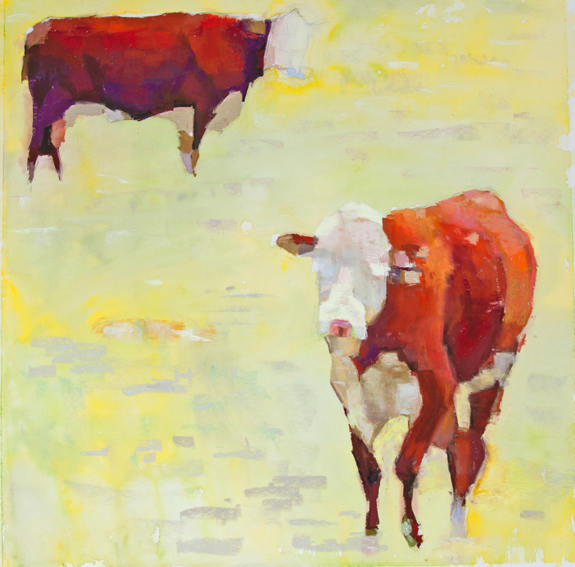 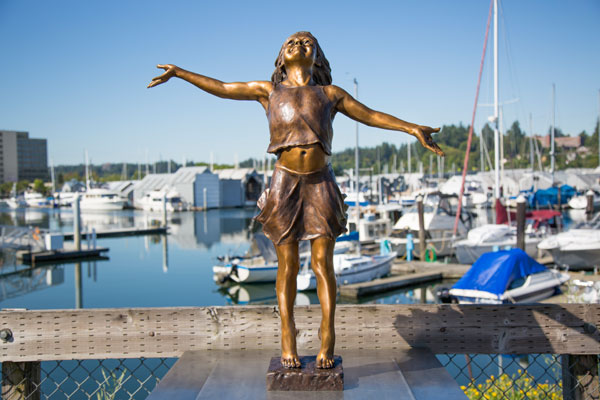 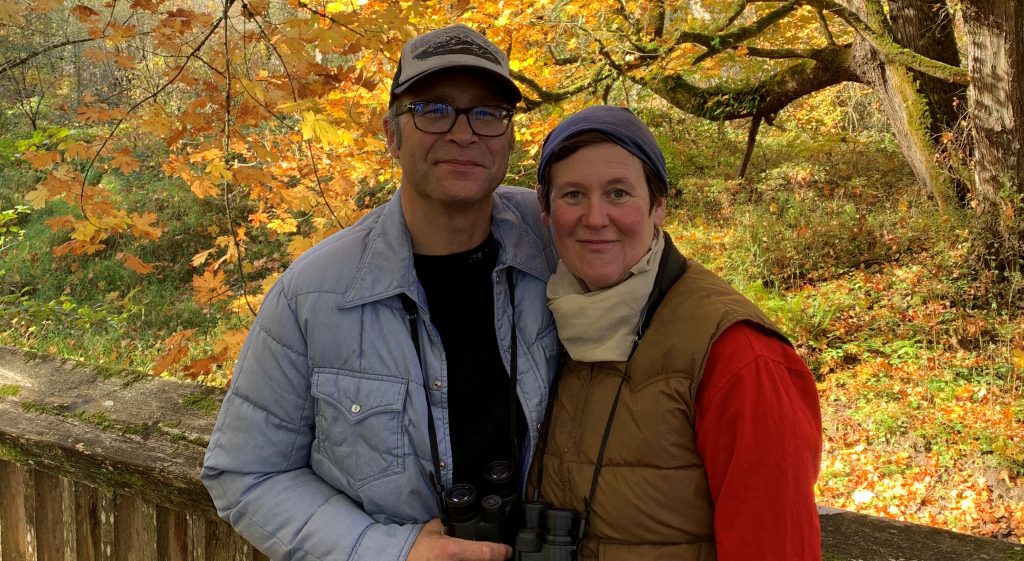