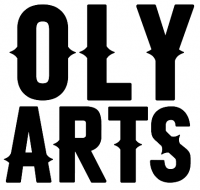 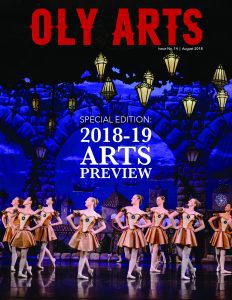 OLY ARTS is the south sound’s premier multi-platform arts publication. We are dedicated to coverage of the amazing theater, arts and culture our community has created. We deliver information about arts and culture in the South Sound in multiple mediums: in a bi-monthly PRINT edition, in up-to-date ONLINE content, in PODCASTS and via MOBILE apps.

OLY ARTS is a guide to local arts and culture, from the drama of Capital Lakefair to the eclectic beauty of the Procession of the Species and semiannual Olympia Arts Walk. Whether you were born here or are visiting for the day, OLY ARTS is your expert guide to the Olympia area.

WHY WE COVER THE ARTS

Our print edition is hand-delivered by arts aficionados to local theater and concert patrons, while our weekly online and podcast updates are curated and customized to your interests.

For advertisers and partners, OLY ARTS provides unique access to a highly-valued demographic of South Sound audiences and patrons.

Our freelance writing staff is a locally based team of arts and culture experts with deep roots in the South Sound. Our team includes a former New York Times reporter, as well as freelance writers for the Bellingham Herald, The News Tribune, The Olympian, The Pasadena Weekly, Seattle Weekly, Thurston Talk, and a variety of other publications.

Contact any member of our writing staff at editorial@olyarts.com. 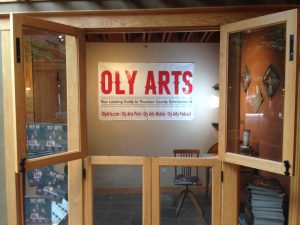 In July of 2019, OLY ARTS launched a redesigned website. The new site was designed by graphic design team Themematic. The collaborative process focused on large, interactive elements and high focus on content.

The site redesign was the natural evolution in the publication’s next stage of growth as an artistic platform for the arts. As the region’s leading mutli-platform arts publication, it was the right chance to put a greater focus on design and content.

The relaunched website was praised by readers and community leaders, including Olympia mayor Cheryl Selby.

OLY ARTS was acquired in 2018, in an equity-only deal, by local media expert Billy Thomas, formerly of The Olympian, The News Tribune and The Washington Center for the Performing Arts. Thomas became publisher and executive editor in Fall 2018. Founding Publisher Ned Hayes and editor emeritus Christian Carvajal remained with the team as contributors. Between 2016-2018, our first two years benefited from the creative diligence and design expertise of Olympia’s own Adam Blodgett at PixelSmith Design. In late summer 2018, OLY ARTS moved to a glossy full magazine format, and began to lead the regional market in the creation of arts program guides throughout the South Sound, under Thomas’ capable leadership.

OLY ARTS is now distributed throughout five counties in Western Washington, including Thurston, Lewis and Pierce counties and is the premier arts publication in the south Puget Sound region.

OLY ARTS expanded coverage to broader portions of Thurston County and also covered events in Lewis and Pierce counties. Our publication covered arts and cultural events in Tacoma, Centralia, Yelm and beyond. Our publication was distributed throughout Thurston, Pierce and Lewis counties and received accolades from readers throughout the Puget Sound region.

Our organic subscription base grew as OLY ARTS continued to launch new formats, delivering a new set of podcasts and a weekly e-newsletter. OLY ARTS also delivered a new set of mobile applications, tailor-made for arts and culture readers.

OLY ARTS delivered well-received printed guides to Lacey In Tune Music series, Music in the Park, along with a series of online photo essays that documented the experience of the Procession of the Species.